Present projects - MC200 and the 42s - have been delayed this past week by filial duties and work. I also need some more rattlecan grey primer for the Macchi. But, today, while burrowing through the debris in my shed, I came across reminders of past projects: 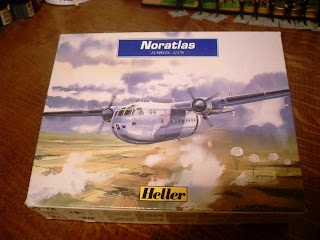 Nord Noratlas in the unusual scale of 1/170. I wonder if any other aircraft kits were produced in that scale ? This is one that I will build soon - difficult to see one of these without imagining 1 REP pouring out of the thing. Though, thinking about it, the Algerian War (and the associated total ethnic cleansing of French Algerians) was probably over before the French started using them for paratroop drops. Mind you, the Portuguese did, in their African wars. 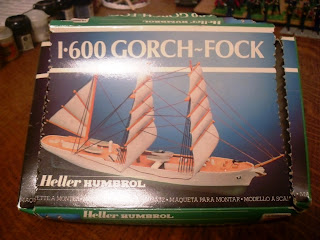 I have no memory of why I might have bought this. It's a waterline model, so perhaps it had been destined, at one point, to become the basis of a Confederate blockade runner, or South American warship, or ... I don't know. 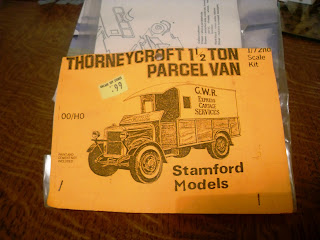 I bought two of these (99 pence!)  and made one up, just because it looks good, and just 'speaks' of a particular era. Who knows, maybe this will one day end up on a railway lay out. 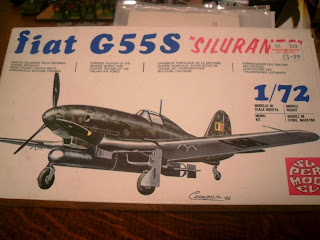 Part of my long time interest in Italian aircraft. The G55 as a torpedo bomber was a one-off prototype, and never replaced the SM79 which the RSI's air force continued to use as its only torpedo attack aircraft until the end. This one will probably have to wait a little longer for glue and paint. 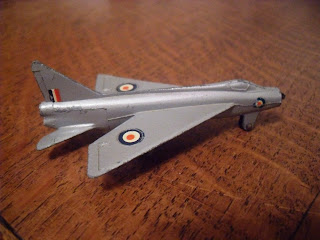 my mother bought this for me in 1965 - Dinkey's version of the very latest in British aircraft design (and the penultimate British only single seater?). I can very clearly remember being offered two of these by my mother, and I can also remember thinking that two would be greedy and it was wrong to be greedy. So I only have one. I was only five, and I did go to church.
Posted by AlFront at 14:25