... service is resumed. Well, sort of. Rather surprised to see that I haven't posted for a fortnight - how time flies when you're a middle aged duffer. But, at last, I've managed to finish another regiment for my current 42s project: 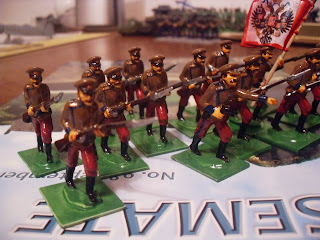 This regiment means that I have enough to play a small 'Rattle of Dice' game - soon. 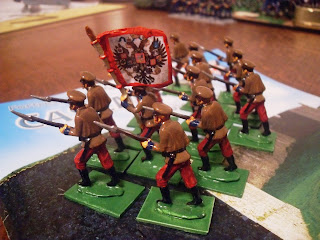 And, below, a bit of artillery support for the oppo: 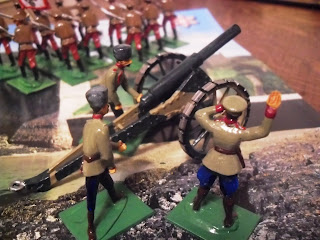 I still haven't finalised the 'back story' for this late 19th/early 20th century imagi-war, but I have, I think, got the names of two countries involved. The inspiration comes from the first Biggles book I ever read (42 years ago!!). It was Biggles Goes to War, in which our hero goes for a mercenary (for the purest possible reasons, you understand, and only after a woman - what ?! - intervenes). Biggles and his chums go to fight for Maltovia against the nasty, crew cut types of Lovitzna.  So, that looks as if I have two combatant states - but which is which?

But what have I been doing for the last two weeks? Why have my little tin friends, and plastic aircraft, been abandoned? Well, there has been/is still fruit to collect: 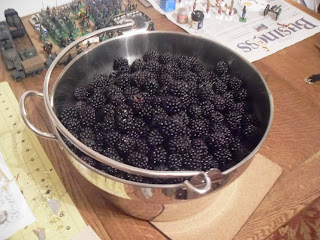 And I've been reading my way through Gavin Lyall's oeuvre, particularly his  'Major Maxim' series, the final volume being: 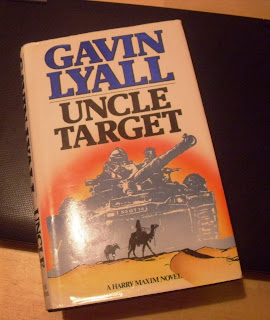 This one is a marvellous Biggles-type yarn for the older wargaming type. The story centres around an experimental British tank that has been caught up in a rebellion in Jordan. The cover photo, I have this evening learnt (from Katharine Whitehorn's autobiography - she was married to Gavin Lyall) is of one of Lyall's conversions - it could well be an Airfix Chieftain with new turret.

So, forward, to a border clash: 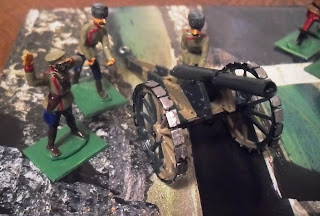