... I have made some inroads into the mass of little fellows rounded up for the painting table. First off are the 20mm chaps of the Cuban exile Brigade 2506 for the Bay of Pigs: 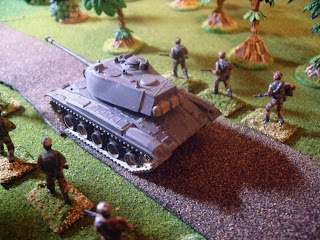 Above and below shows one of the Brigade's M41 'Walker Bulldogs', sent as a reinforcement from Blue Beach (Playa Giron) to Red Beach (Playa Larga) late on the morning of 17th April 1961. The M41s, of which the Brigade had five, appear to have performed well, being used in the direct fire role as well as destroying several T34/85s. 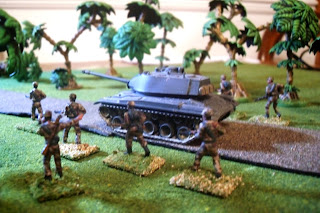 More photographs of Brigadistas, this time defending a road crossing with light weapons and mortars: 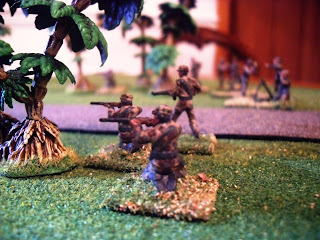 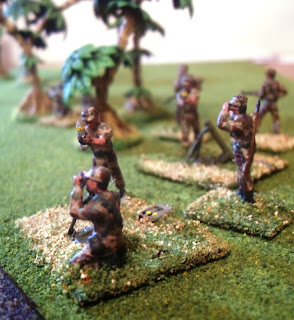 I've now got enough little chaps to represent some aspect of the fighting, but the problem is, what do I use for the Fidelistas ? I need some 20mm plastics that are largely uniformed in US green, but with berets, for Castro regulars. I could also do with chaps in shirts to represent the militia, which provided a large part of Fidel's forces, but, again, with berets. Finally, some figures with M1 helmets will do for Castro police. All suggestions welcomed as to what plastics would best represent the side that won.