As many of you will be well aware, the toy soldier blogosphere is alive with the sound of congratulatory applause (as in the Oscars, only genuine). This blog has been very kindly nominated by two highly esteemed veteran bloggers - Paul of Plastic Warriors, and The Duke of Tradgardland. My thanks, chaps! Very decent of you!


And now, it's my turn to nominate five for: 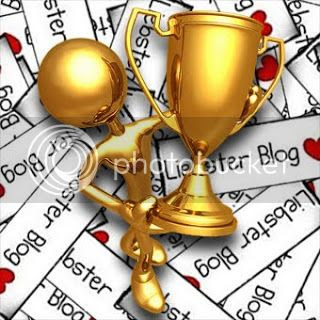 Actually, it is an almost impossible task. I have a list of 'favourites' almost as long as my arm (and I have fairly long arms). I've been struggling with this all day. Agony! So, my five are:

Castles of Tin: for sheer, breath-taking painting skill, and mastery of the very difficult art of effective painting of flats. Steve is simply a genius.

Battle Game of the Month: Ross Mac's blog puts him into the class of an Elder of Our Tribe. It is toy soldiering at its finest - a great combination of history and imagination, of 40mm and old Airfix ACW, of gridded and ungridded, and an amazing ability to apply the fiendish art of 'thesis, antithesis, synthesis' to war game rules.

Plastic Warriors: One word - INSPIRATION. Paul combines a German capacity to put almost any broken bit of kit back on the battlefield in working order, with a Soviet capacity to produce on a Stakhanovite scale. His mastery of the refurb, and his penchant for old style Airfix and Matchbox, has made me look again at the broken bits of kit washing around in old shoe boxes and to see them once again as potential game-winners. (Mind you, Plastic Warriors only just squeaks into the Liebster as I see that it now has 199 followers!).

The Duchy of Tradgardland: A strange symmetry is at work here, as His Grace and I have many things in common - Span-Am, the Eighteenth Century, teaching (although I am a former School Master), Tolkein, Denmark (I've never met any other Briton who has been to the place, although plenty of us carry genes from it), and we passed, as small scale pre-dreadnought ships in the night, when we were undergraduate contemporaries at the University of Edinburgh. But there is more to the Duchy than this, and His Grace's commitment to the cause of the Imagination is alone worthy of a Liebster.

Pagina di Giano: Giano's blog is a plastic tanky's paradise, and I am a particular fan of his 'family photo' approach to AFVs - a unique way of presenting armour in plastic. Top banana!