break on through to the other side...

Not a reference to the misplaced experimentations of a notable English writer, nor the addled thoughts of a drug-ridden American songmeister, but as in Romanian Fast Division success in 20mm: 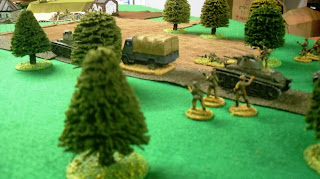 The main thrust down the road to the oil fields, and as the Romanians come under fire, they de-bus and follow up behind the R2s. 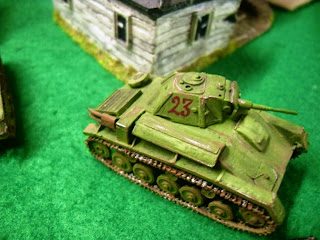 The T70s open up on the advancing R2s (aka 38Ts). Both tanks class as light tanks, and have the same defence and attack values under the Lyall rules. 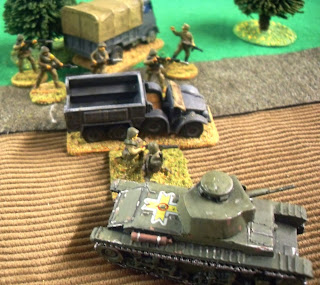 The Romanians spread out, leaving the road. Debussing under the Lyall rules requires a move close to the vehicle - a potentially very dangerous spot. The Romanian HMG above came under sustained fire from the Soviet HMG team, and eventually succumbed. 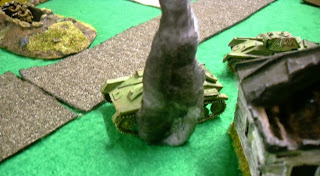 First tank kill went to the Romanians, with the lead R2 picking off the first T70 with a flank shot. 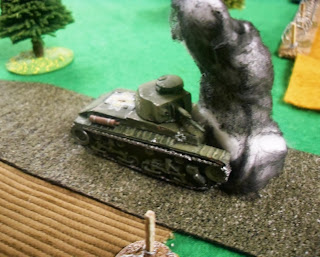 But there was a quick response from the following T70, and the road was blocked. 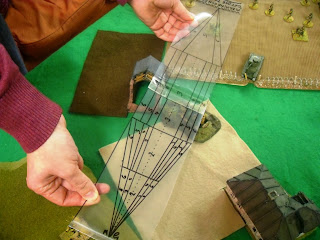 The photo above shows the Lyall machine gun grid in use, with a Soviet HMG firing on Romanians advancing in the open. At the right range (medium), and with the right throw (5-6), the grid can inflict really heavy casualties. It is a strong incentive to keep figures well spaced out if in the open or soft cover (a bit tricky on the 5 feet x 4 feet 6 inches table we were using).

Despite the open ground that had to be crossed, the Romanian R2s established a tank supremacy: 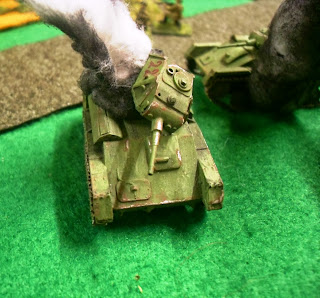 The loss of all his tanks, and (seen below) the encircling of his men, persuaded Comrade Colonel Rashkolnikov that it was time to leave the field of proletarian glory with an HMG and mortar. But also leaving most of his men behind... 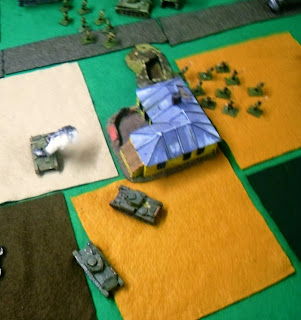 The Lyall rules play well, and though the MG grid was a tad confusing at first, the artillery/mortar fall grid plus shell burst effect grid works really nicely - quick, clear, and convincing. As yet, I haven't played the communications rules, partly because of the small size of my table, partly due to a desire for simplicity.
Posted by AlFront at 11:43