The Yanks are coming...

I haven't forgotten about the slow, oh, so slow, rejuvenation of my War of 1812 in 20mm plastics project. With enough British and Canadians for a small clash or two, I've turned my attention to the invader:

Poor photographs, but you can get the general idea - a decent US firing line. 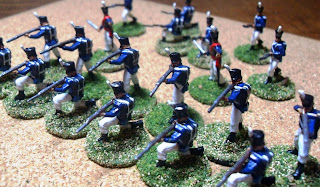 Plenty of the little fellows, regulars to a man, probably enough for two regiments, depending on rules. 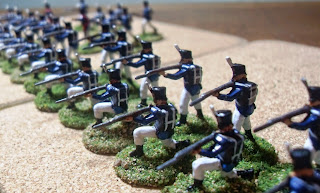 There are more to come for the firing line, but, next up will be: 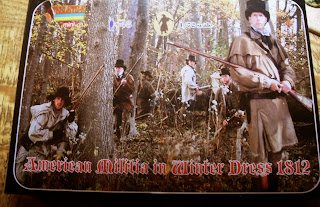 What looks like a very useful set from those kind Ukranian types, Strelets. Of course, they could also be used for Canadian militia, for which I have already painted up useful poses (with 'round hats') from the Spanish irregulars range.

Actually, thinking about it, the US militia aren't x 2, but x 3, as I've artillery already on the go.