After a day in the office characterised by confusing brain work, I was more than happy to return home to some soothing work on the Revell Tiger 1 ausf E. From a quick check through a few books on mid to late war German armour (particularly William Auerbach's Last of the Panzers (1984)), it was clear that the very nice Revell offering might well be improved by some field-applied zimmerit. So, armed with some past its use by date green stuff and a bit of sprue, I began the task: 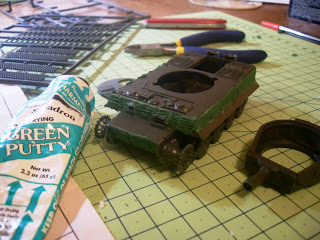 I'm not entirely sure how this will work out, but I do have Tiger II somewhere that I made in 1984 and used polyfilla in the same fashion.

The Tiger I will eventually join my existing mid/late war Germans, some of which are below: 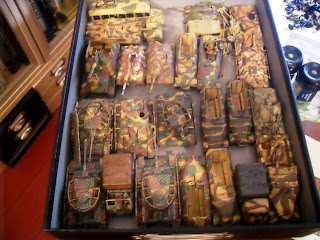 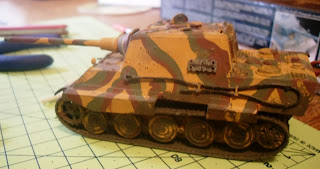 The Jagdtiger is an Italeri build from the mid-1980s, and, despite the bouncing suspension, is a reasonable kit. I've never actually fielded it on the wargames table, as it just seems so ludicrously overwhelming. But my last ditch Germans and allies, some of whom are below, have seen plenty of dice rolled in good humour. 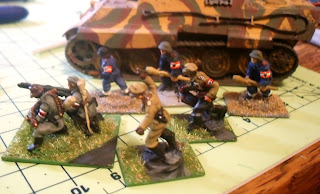 Not only did I get a bit of modelling in after work, but this handiwork of Rattrays of Perth was waiting for me on my return home: 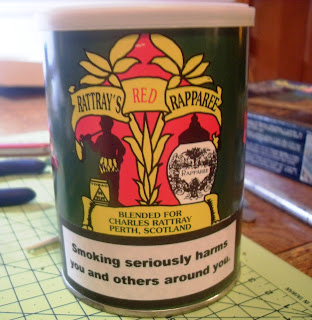 'Red Rapparee' - what a name ! Surely as smoked by Watson, if not 'the master'.

As if that was not all, I even had time for an hour of harvest on the allotment - gathering pounds of blackberries (or 'brambles' as my Scottish wife insists). And here they stew on the stove - the first stage to jam. The wonderful fruit aroma fills our little house even as I blog: 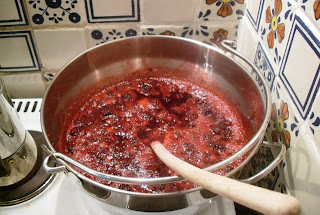 And courgettes, swollen to monstrous size by the rain: 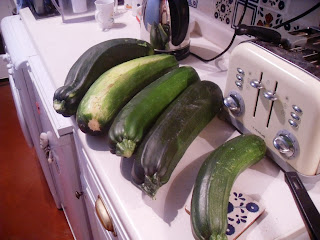 I also gathered cabbage and beautifully smooth skinned runner beans before I lit my pipe and watch the dusk gather, the full moon rise, the bats rush crazily up and down from the oak tree, and the mainline train head past to London, the passengers blind to the shambolic perfection of the Railwayside Allotments in this corner of West Mercia.