Not entirely, but I suppose I shouldn't have expected too much from decals that were at least 20 years old. The Heller Nord Noratlas in 1/170 was a funny little construction project: too soft plastic, poor fit, massively over-scale rivets and panel lines. In the end it really became a sort of filler-come-plastic lumps model, but that got round the rivets and panel lines issues, and nearly dealt with the fit problems. But, then the decals...: 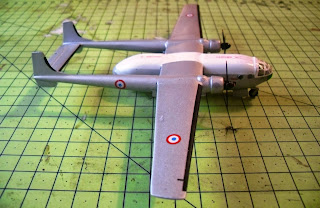 It was a case of disintegration time. The 'walk here' markings on the fuselage top were ok, but I struggled, not entirely successfully with the roundels... 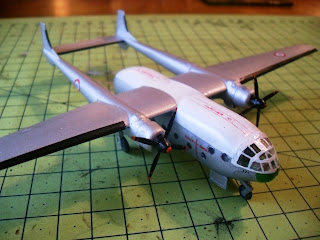 only to be totally defeated by the tail stripes, which just broke into a thousand pieces. 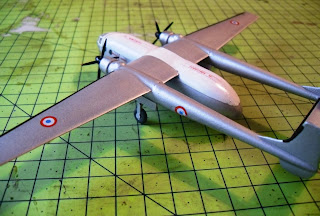 I could, of course, mask and paint them, but I am a 'kit basher' after all. 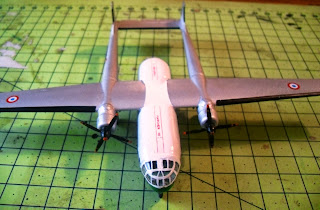 Overall, as a small project, 6/10; perhaps more, because it is such a fascinating aircraft, just shouts 'Cold War', or 'Bush War'.
Posted by AlFront at 13:08