The gridded game can certainly give a quick-fire result, in the right conditions, and with the 'right' dice. Thinking about this particular Morschauser-Cordery style conflict in retrospect, it seems to me that the necessary condition for both Reds and Whites - that they take the built up area around the rail station - determined a lot of what happened. Once both sides had entered the nine built up area squares, it made any attempt to use artillery just too dangerous - in terms of friendly fire. For example, without really thinking, I ended up with the White command stand (worth one activation die in its own right) in the built up area, and too close to Red stands to risk White artillery fire. I suppose that is a pretty accurate dilemma in such situations. The built up area also conferred an advantage on defending units (and the Reds got in first) versus attacking units when it came to close combat. I could, I suppose, have had the Whites stand off and bombard the place with shot and shell, but, given that the idea was take the railway, and its station in a usable condition, I decided that that wasn't an option. And, as it turned out, God and the Saints were with the Whites....: 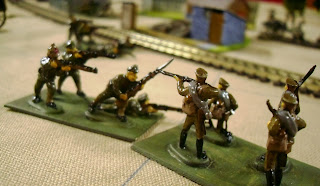 On the Whites' left flank, there was heavy and continuous hand-to-hand around the railway line. In the case above, both units were taken from the board. 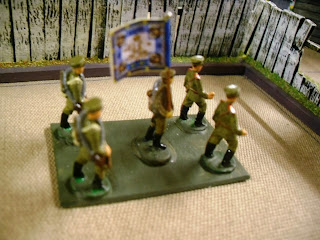 In the town itself, unintended consequences came from not paying enough attention (how can that be, when it was just a solo game?), and the opposing command units found themselves in close combat - the long military experience of the Whites seeing the Red command off. 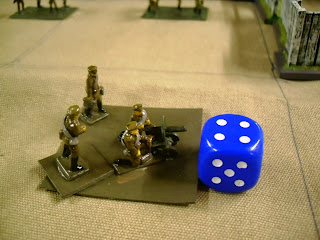 Meanwhile, events moved more slowly on the right flank (between the heavily forested area and the town). This was largely due to limitations imposed by the activation dice throws, with activation points being absorbed by the urban struggle. But, above, the White m/g stand throws a 4 and finishes off a Red infantry stand caught in the open. 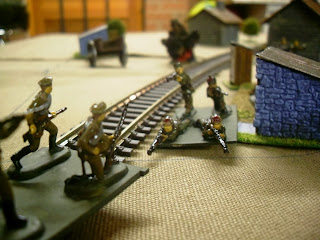 The Reds were beginning to suffer from the loss of activation dice, and continued pressure on the White left flank saw more Red units perish. 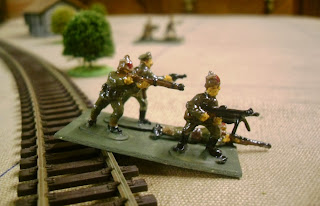 the Reds suffered a general collapse, and only two Red units lived to flee the field, above. 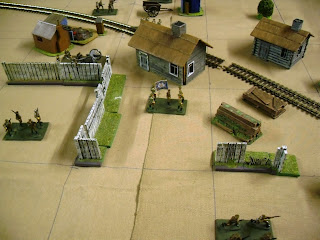 The Whites took town and rail, and: 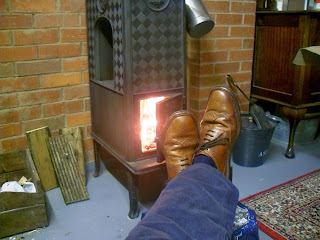 a satisfied Morschauser-Cordery gridded man sat by his stove, still with time to drink the red, red wine and read a good book - Anthony Powell's The Valley of Bones...