YES! The Long-Awaited (well, here anyway), ALL NEW Biography of 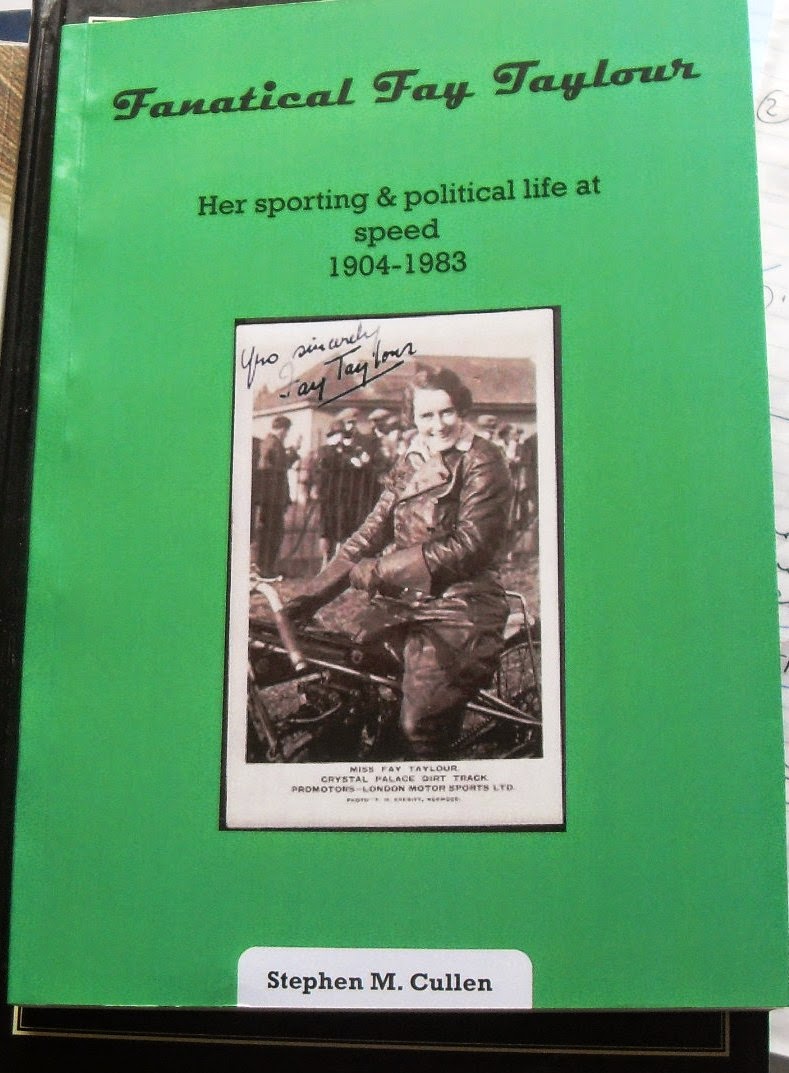 Fay Taylour was the most successful woman motor sports champion yet. Feted as ‘The World’s Wonder Girl’, and ‘Flying Fay Taylour’, she was a household name in Britain, Australia and New Zealand in the late 1920s, when she beat the male stars of the motorcycle speedway track. She was so successful that the British motorcycle governing body banned women from competing in speedway. Taylour moved to car racing, competing around the world, living a fast, and adrenaline-filled life. At the outbreak of war, in 1939, Taylour found a new outlet for her energies, joining the fascist anti-war campaign. She quickly became embroiled in the clandestine world of ultra-right wing politics, both in London and Dublin. Arrested and imprisoned in Holloway, then on the Isle of Man, Taylour was regarded by the British authorities as one of their most dangerous pro-German prisoners. Released after three years, she moved to Ireland and continued her political activism. In the post-war period, she rebuilt her racing career in the USA, before she was banned from the country for her politics. That banning led to more racing around the world before she returned to the USA to finally retire from the track. This is the story of this remarkable, but disturbing and fanatical woman.
Buy it while stocks last...
£5.50 inc P&P in the UK
£8.50 international