Or, as the Spitfire PR XIX was known in Swedish service, the S 31.

As aircraft kit bashers (and modellers - are the two the same?) know, the last few years has seen a real renaissance in Airfix's output. New tools of old favourites and old timers, and new models altogether, all to a very good standard. Although I try to resist stash-building, I do have a small stash (stashette?) of the new output: Vampires, Gladiators, and, happily, one of the three new Defiant offerings. Last month's Aeroplane magazine carried a very good article on the Spitfire PR XIX in Swedish service, 1948-1955. Accompanied by some excellent photographs, the piece, by Jan Forsgren, looked at the politicking behind selling the Swedes the machines in the first place, which centred on the UK/USA's need to cement Sweden into the western alliance, even if Sweden was neutral. Forsgren also reviewed the Swedish air force's use of the S 31 to mount clandestine recces of Soviet installations, which involved flying in at 40,000 ft, which, in pre missile defence days made the S 31 pretty much invunerable, or, alternatively going in under Soviet radar at 15 feet ! Anyway, all this sent me to the not-quite-a-model-shop to buy an Airfix offering: 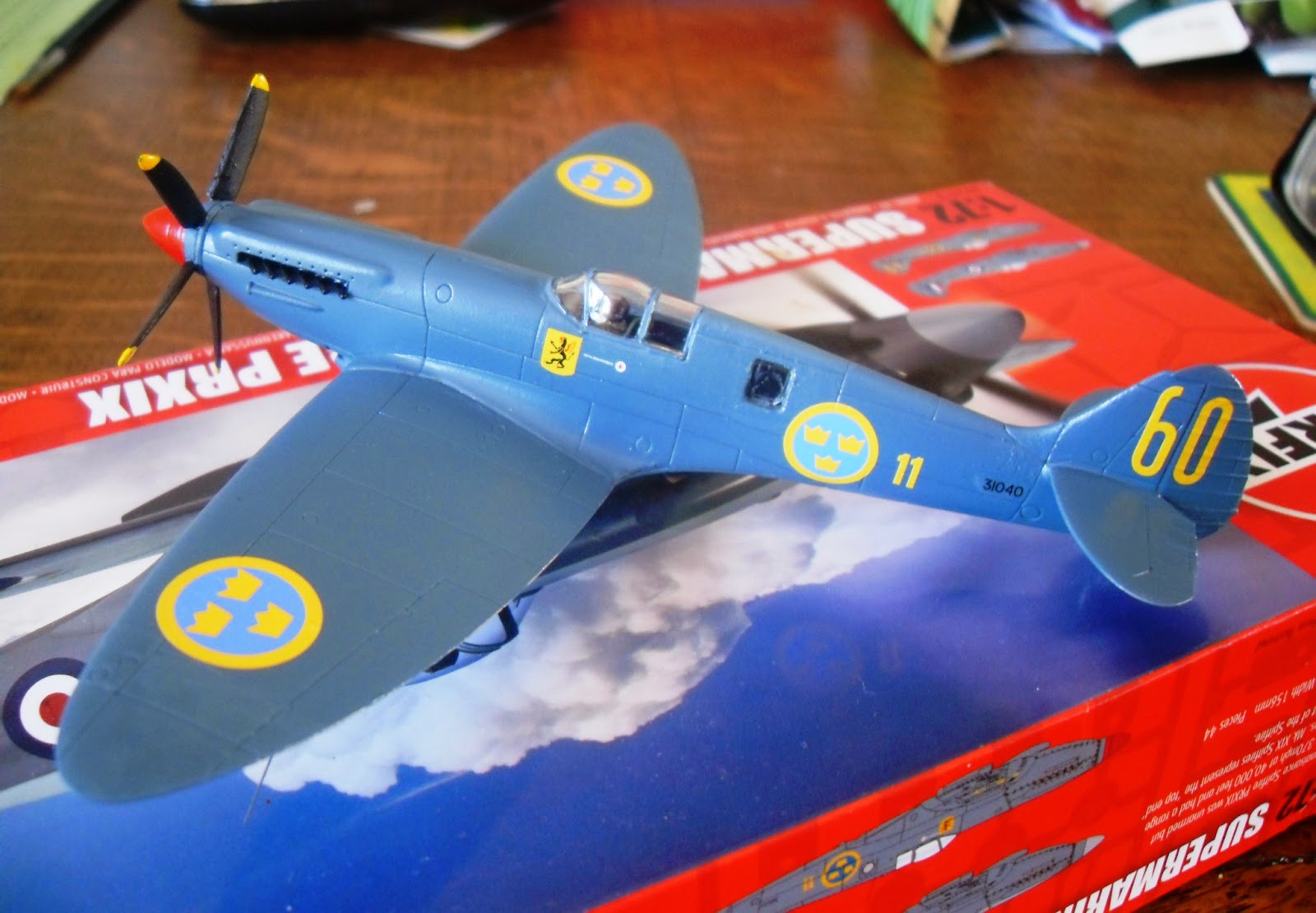 This is the finished product. Well, sort of finished. The thing looks so graceful, so perfect, that I am in two minds about whether I want to subject it to paint chips, panel lines, washes, exhaust etc.  The panel lines are clear and fairly deep as it is, and, in most lights, they shade themselves. I'm also beginning to wonder if all the pre-shading, shading, post-shading that one can find in the model magazines isn't getting a bit out of hand, especially in 1/72. So, perhaps, I'll add a bit of exhaust, and represent it as newly delivered - it has the earlier Swedish markings, rather than the later toned down versions. 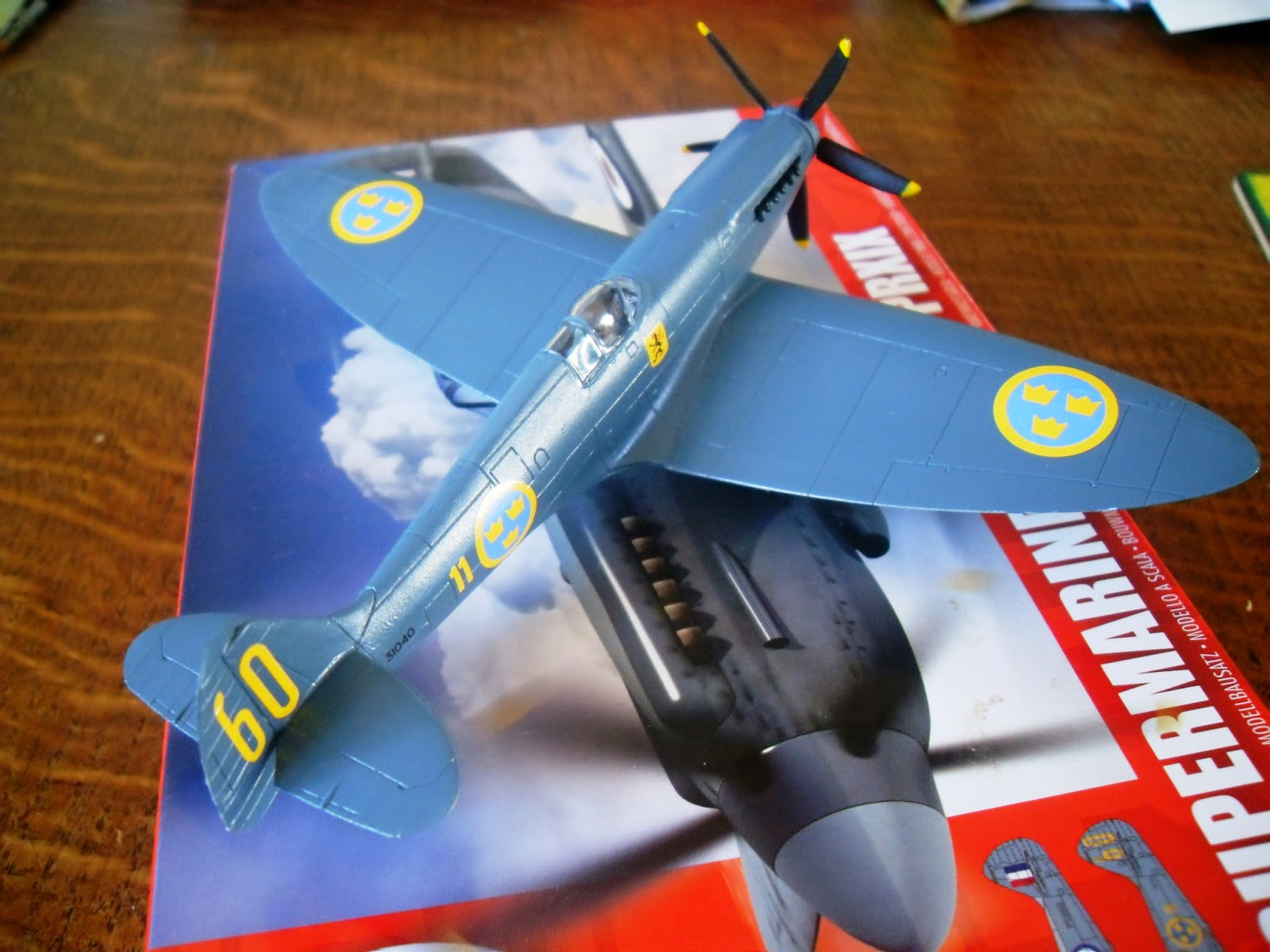 Ever willing to try something new (on the kit bashing front, at least), I had a go at using PVA glue as filler. This technique has surfaced recently in the model press, and is lauded because the glue can be smoothed with a damp cotton bud. One of the weaknesses of this kit is that there is quite a big gap at the wing roots, so, instead of filling and sanding, which would have really mucked up the panel lines, I tried the PVA method. Result? Say 7/10, and I need more practice. 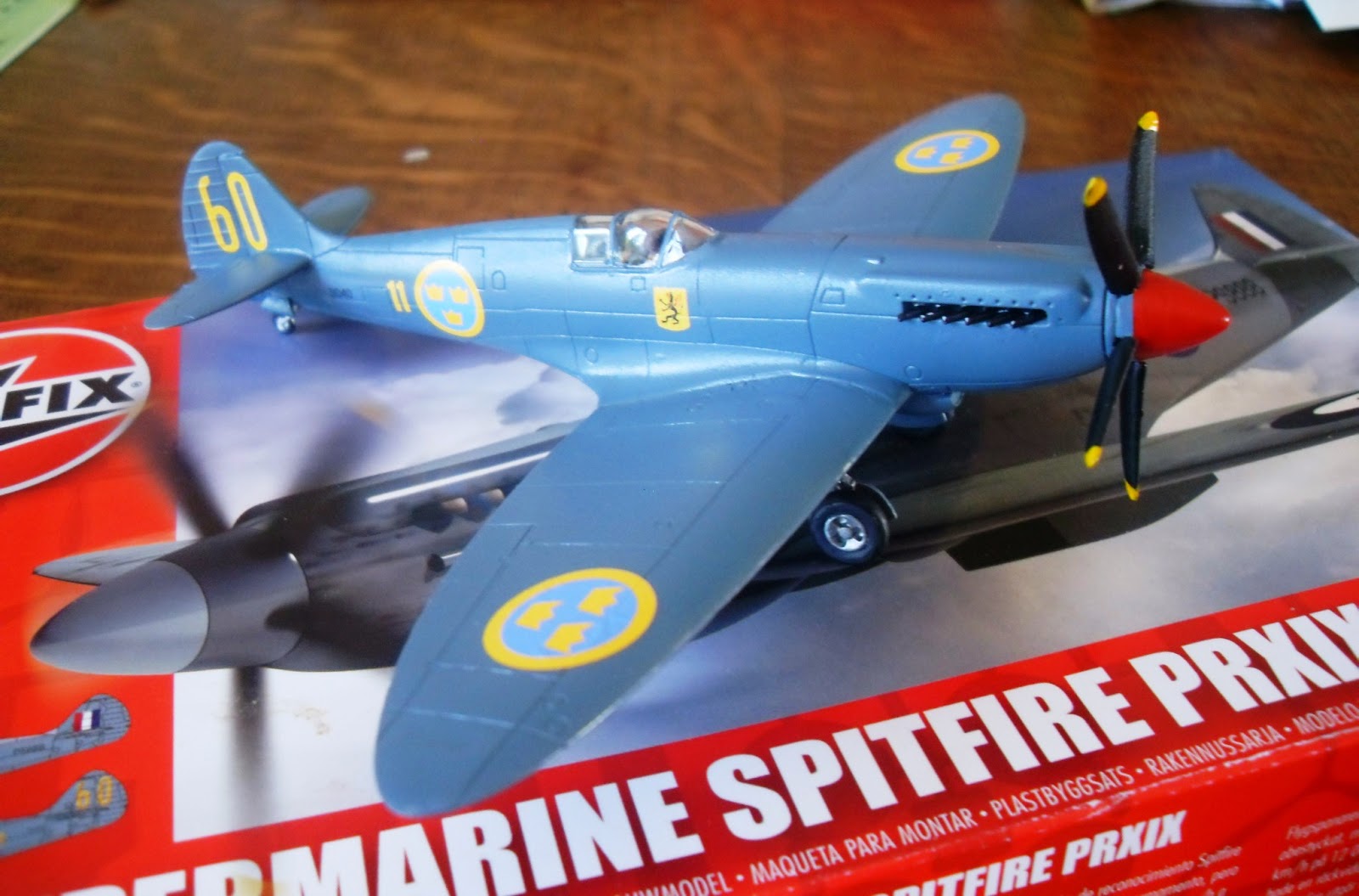 Finally, I have been absent from the blogosphere for a month. But I can assure you that I have ben painting much of that time, only, sadly, it has been with 2 and 4 inch brushes and very large tins of paint. Yes, it's that time again.:

Worse, I'm very behind with the allotment plot. Most of these should be headed groundward: 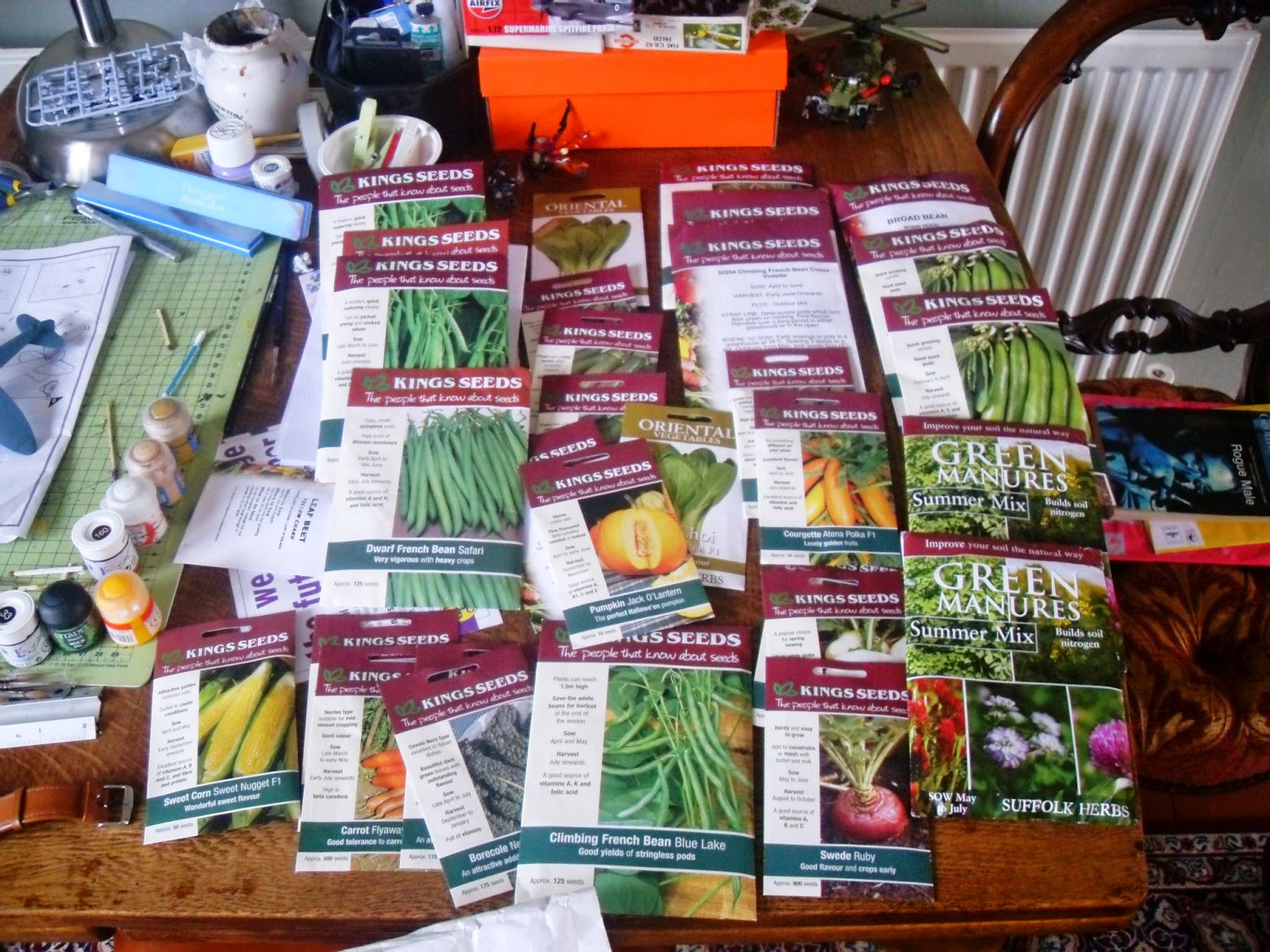