As in the The History of Wargaming Project, that is.

The latest title from the Project is: 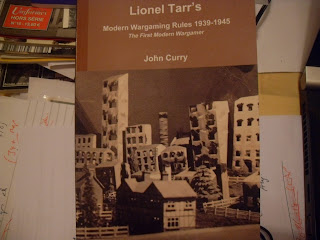 And another parcel of specialness it is!  Not only has it Lionel Tarr's very early 1939-45 rules, it also has various additional notes and comments by Tarr, by John Curry, and by a chap called Dave Bradley who bought Tarr's wargames' papers, figures, tanks and vehicles in 1972. Bringing this material together, John Curry has rescued Tarr's rules and something of the life of Tarr himself from the darkness of history.  Tarr saw action, was wounded, and captured at Arnhem, and appears to have been one of the very earliest to game the Second World War. In addition to creating his rule sets, Tarr ran a long, multiple solo game (is that a contradiction?) of the war on the Eastern Front based around maps and on-table action. He also attempted to game Stalingrad on a room-by-room basis (see the photograph on the cover of the Curry edition, above).  A definite must-have!

Speaking of must-haves, the latest edition of Scale Aircraft Modelling is out, and includes Flt. Lt. Alf  Ront's review of a Wellington re-boxing.  Amusingly (well, to me) I did, once, hold the rank of Flt. Lt., albeit in the RAFVR(t). Mind you, it was the RAF section of 'The Corps' at this place. 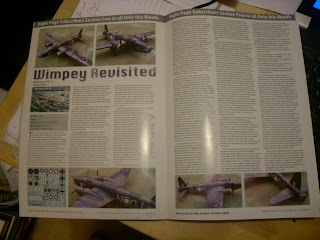