The portabling resumed today, in between my peering at hellebores, narcissi, primroses, and other growing things.  Along with haircut, family stuff, DIY shop, and suchlike Saturday stuff.

The Reds had the initiative, turning up a run of red cards.  The Red artillery were first into action, hammering away at the White armour: 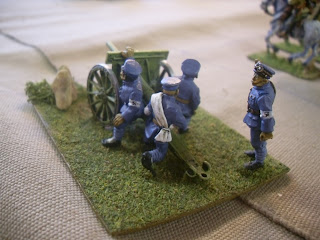 This photo (above) seems to show that the Reds on this front have picked up some Warlord support, probably temporary, while the gold lasts. Mind you, they got the range: 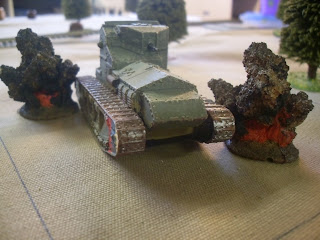 Now the White whippet has two hits; one more, and it's 'cheerio, chin, chin'.

On the Reds' left, three Bolshie units pushed into the railway station and town.  Street fighting, and house-to-house. But the Whites made good use of having got there first, and it was the nasty Bolshies taking the casualties at Bowanski Junction: 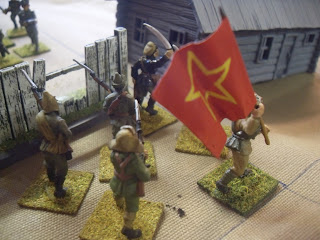 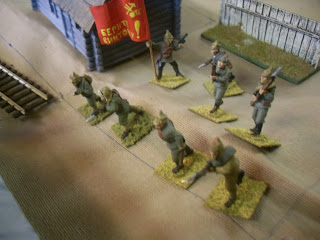 After a run of red cards, a black was turned up (courtesy of Rubens), and the initiative passed to the Whites. 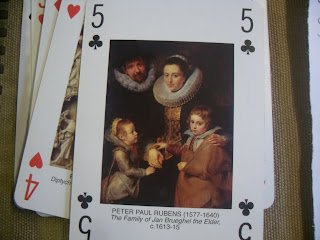 The French 'advisers' stormed in to lend their allies some support, and helped drive the Reds back.  The Bolsheviks seem to be taking casualties too quickly, and their commander is probably checking his 'Strength Points' and 'Exhaustion Point' (c. Bob C): 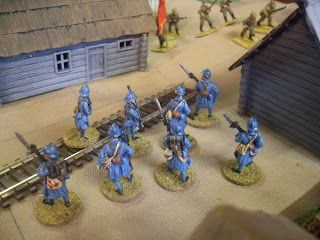 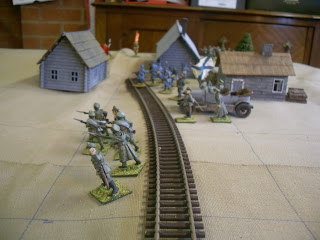 Containing the Reds at the rail head, the Whites pushed some units across the rail line itself, hoping to support their isolated armour, and head off any outflanking effort by the Red cavalry.