These days, I smoke a good pipe only rarely, but today had a number of good stimuli for a smoke. 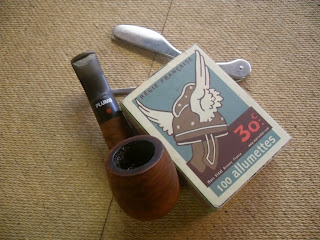 It was a Saturday, and Spring is really getting into its stride now, and, yesterday, on returning from work, a package was waiting on the doorstep, containing: 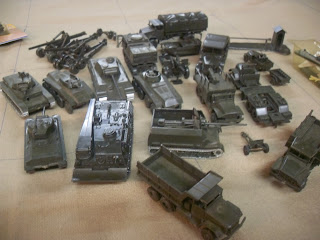 A marvellous ebay buy. A job lot of Roco Minitanks, costing not much over £30, or a tad more than £1 per vehicle!  Oh, joy! Oh, delight!

I've recently been revisiting various uncompleted war games projects, and there are two I'm keen to finish and bring to the table and the roll of dice. The first is the War of 1812 in 20mm, and the second is the Bay of Pigs. It must be two, or three, years since I started that, and my idea was to have a sort of retro wargames approach, using plastics and Roco Minitanks.  I'd found a couple of tanks and trucks, but  decided I could do with a few more vehicles, jeeps, trucks etc.  However, Minitanks are still as hard to find in my neck of the woods as they were in the 1970s, when almost all books and articles on modern wargaming featured Minitanks, often heavily converted. Mind you, it  was difficult to tell sometimes, given the tiny, grainy, black and white photographs of the day. A scroll through ebay revealed quite a lot of vehicles from a supplier in Germany, but with ridiculous postage of around £14 per item!! But, it also revealed this lot: 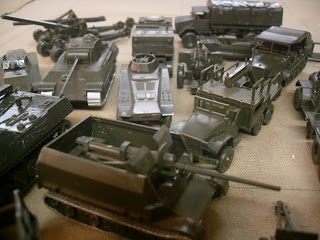 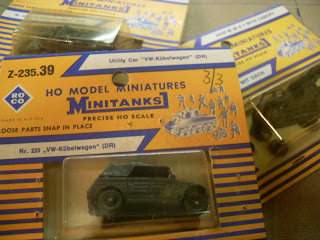 The other thing I've been doing this past week is helping my 8 year old grandson to get ready for his school's 'Rome' day.  He is going dressed as a Legionary (he decided against an Auxiliary), so I made him a wooden (hardboard) scutum: 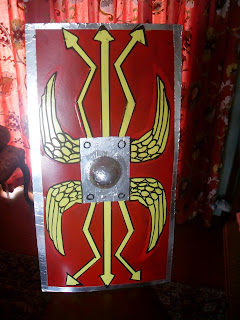 and schooled him in the ways of Jove and the eagle.

Meanwhile, out in my garden, spring is forging ahead: 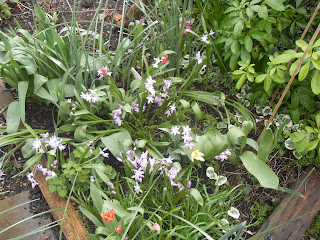 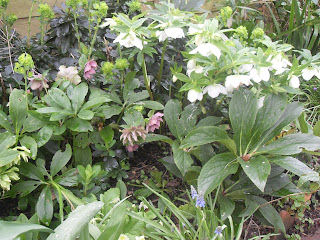 And today  I planted two roses - 'Princess Anne' and 'Lady Emma Hamilton'. The latter was not, as it should have been, bedded, but potted.
Posted by AlFront at 14:58