Most of the early moves were made by the Resistance, and not just because they were on the attack, but that's the way the cards turned up. All five Resistance groups made progress, moving into position in a well balanced way - good training, or luck. Hairy Pierre, Alain Draylon, and their group made it unseen through the southern woods to the south-west road: 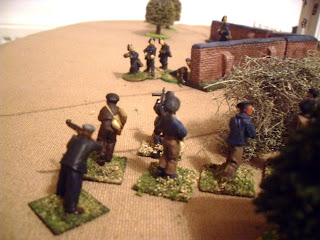 And were ambushed by Le Perdu's Main, who opened up with a Bren and rifle fire - only adding one point of shock, but causing no casualties. 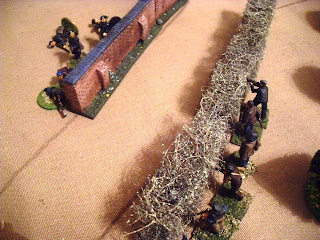 The ambush becomes a stand-off, with both sides trading fire. Good card draws give the Resistance the upper hand (they've two 'Big Men' with them), and Le Perdu's men, despite good cover, start to fall.

The blank card is drawn, triggering the arrival of a German armoured car, but although heavy fire can be heard, low dice throws fail to trigger the arrival of the Milice's German support.

The current state of play: 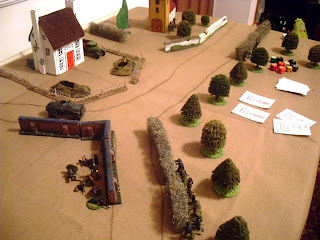 Miliciens fighting desperately in the south west, but with the German armoured car rushing to the rescue. Elsewhere, the other Resistance groups are all in position for the assault on the Milice HQ.

Meanwhile, late this evening in my little garden. Apple blossom: 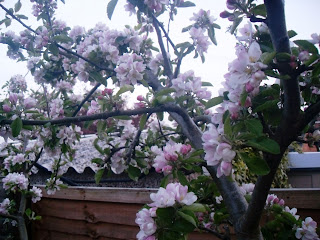 And over the sunny bank holiday: 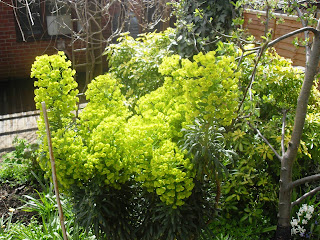 Euphorbia strutting its Spring stuff in the sunlight.