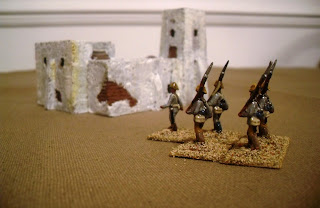 The remains of the Anglo-Egyptian forces return...? Sadly, no. Unfortunately, work (that horrid thing, paid employment, as opposed to 'useful work') is playing havoc with my attempts to wargame, or paint little tin chaps, or even stick together bits of plastic. It is very tiresome, although, in my defence, I might add that I have reported to the UK government's Cabinet Office this last week, so it must be important. Musn't it?

More happily, Spring in the land of the English is advancing in fits and starts, and my little garden is stretching itself towards the light: 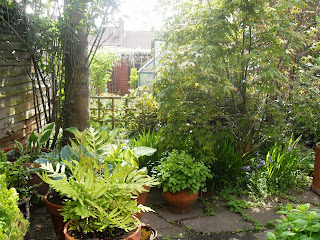 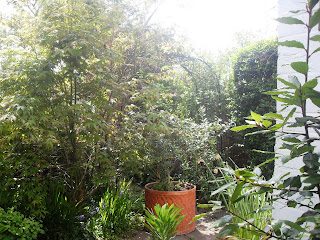 The tree in the tub is an olive, given to me by my late father. We are far from the Med here in Mercia, but the olive tree still has a Romantic purchase on gardening imaginations, and my father, in his youth, knew Palestine well, albeit in the early stages of its current agonies. Blessed and cursed by the monotheistic imagination.

If you're a Kipling fan then you could do worse than hunt out some of the marvellous renditions of his poems by the now long dead English folk singer, Peter Bellamy.

Many years ago, I had a university tutor in English literature who looked the spitting image of Kipling. He was, somehow Imperially, and fittingly, I thought, an Irishman (from Cork?) named Dr. Welsh. He was the only university academic (male) who struck me as a thoroughly decent fellow. I wonder where he is now?
Posted by AlFront at 15:07