'They'll be dancing in the streets of...

Sblad tonight!' To be said in a Scots accent. As they say, if you know, you know. And if not, try here.

From which you might guess that the spirited, though as it transpired foolhardy, assault of Lovitznian forces on Sblad did not go to plan. 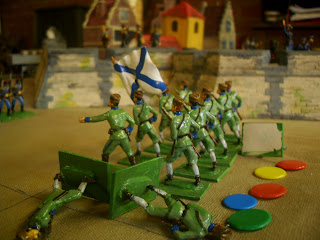 Above, the assault column just had far too much ground to cover before it could contact with the Maltovian defence line. This task was not made easier by some low activation dice throws on the part of the Lovitznian colonel. 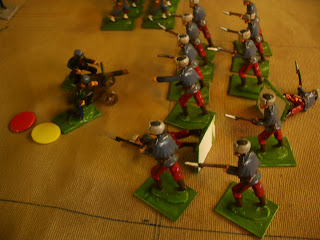 Supporting the main assault, the light infantry made its way through woodlands to fall upon the Maltovian machine gunners. Yet even this attack went wrong, and the light infantry were sent into headlong retreat back through the woods: 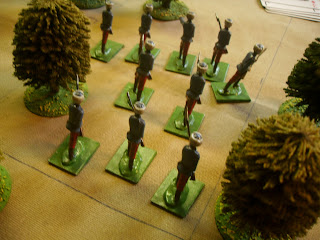 That left the main assault with an open flank. Fire poured into the lead regiment, from front and two flanks, as even the militia on the town walls added to the agony despite the limited effectiveness of their obsolete weapons. Finally, five morale points were taken, and it was left to the second regiment in the assault column to charge and melee: 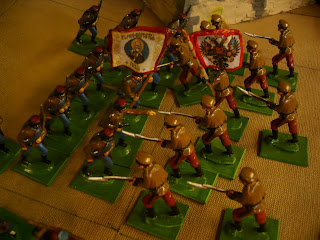 It was a close thing for the Maltovian line, but the attacking column was enveloped by the Maltovians benefiting from a clear flank after the retreat of the Lovitznian light infantry: 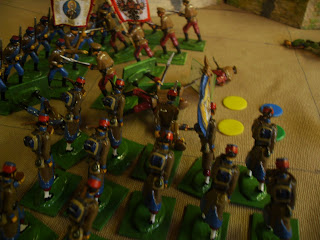 The game was over: 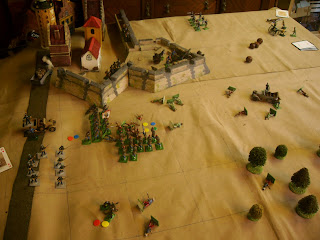 The Lovitznian high command is going to have some serious thinking to do. The French doctrine of the bayonet attack just isn't cutting it. More men, more artillery are needed. And some officers need to go on half pay.

Over on my other bloggy-website-thingy I have added a new short piece on the writing of British ex-combatants of the Great War. Do visit (link below), and follow. Cheers!