... of the gods. There is no doubt that the Portable concept has a lot going for it. As Morschauser noted so long ago, it is a wargaming idea suited to those without wargames rooms, limited time, and limited budgets. As the Portable concept has developed recently, it is also apparent that it is ideal for those of us without access to opposition, or, in my case, socio-paths who don't want any opposition in the form of human beings!

The Basque/Republican defenders were tasked with holding the hill line on the right. The river was impassible    except at the bridge, which was protected by a bunker and HMG. 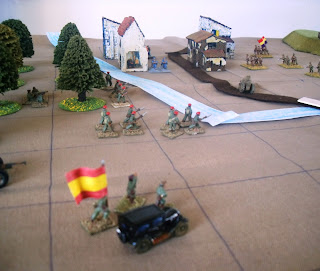 The Spanish Nationalists were to assault in two waves; here the first wave partly emerges from the woods on the left of the table. Their object was to pin enemy forces attempting to move from the town to the bridge, and to provide the first assault on the bunker and bridge.

First blood to the Reds! These Carlists fell to tank fire from across the river as they were attempting to move against the bunker and bridge. 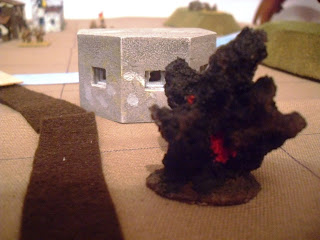 The Nationalist artillery was pretty poor for most of the time, dropping shells repeatedly around the bunker.

On turn 4 the Nationalist second wave began to arrive on the board, spearheaded by two CV33 units. 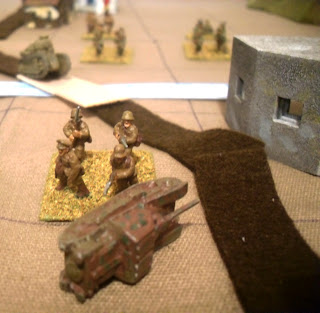 Er ... only for one of them to be knocked out by Basques/Republicans assaulting across the bridge. But that put this unit in real danger, with Nationalist artillery, armour and infantry quickly putting paid to them. 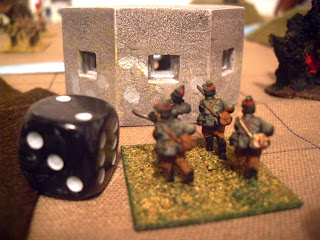 The Nationalists followed this up by a successful close assault on the bunker.


An attempt by the Basque/Republican armour to throw the Nationalists back ended when their artillery found the range for once.

Things appeared to be looking up for the Nationalists, when a little god arrived, and made of these little fellows his playthings: 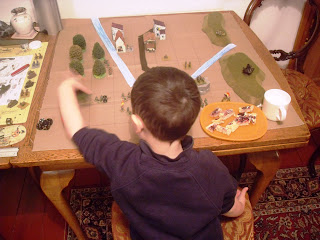