... again. I just couldn't face the horror of tackling the upper wing, minimal struts and resin support tasks that await me with the next stage of the Breguet. So, I broke out the Portable Wargame (TM., Morschauser/Cordery/RossMac) again, but this time not in the usual Russian Civil War guise, but in 15mm: 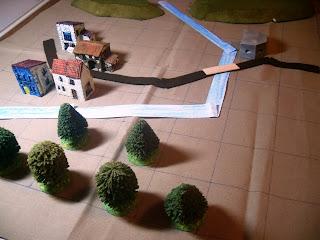 A scenario taken from Mark Hannam's Rompan el Fuego! representing 'The Vizcaya Offensive', 31 March 1937 - a case of Roman Catholics vs Roman Catholics, as this was part of the Nationalist offensive into the Basque Country.

In the (nominally) Red corner: 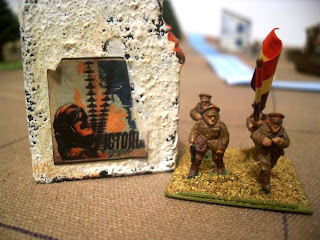 (I should have made a Basque flag!) 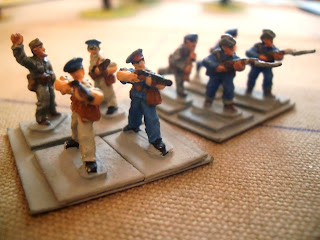 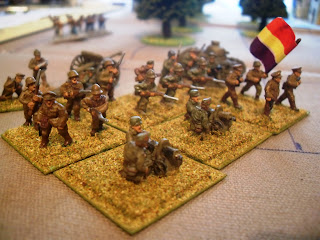 In the Blue corner: 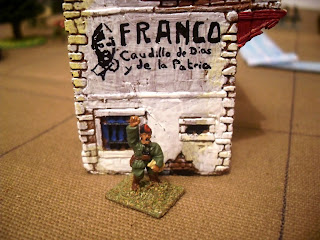 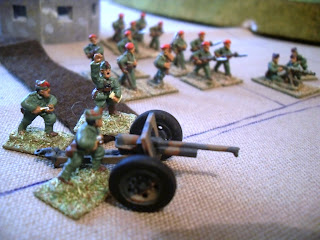 Carlists, with artillery support, and: 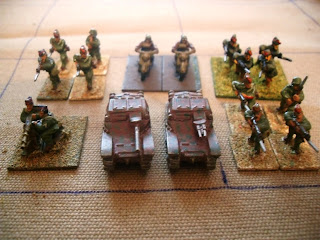 At this point, there was no air support from the Condor Legion, due to bad weather - so that solves that Portable problem.

(That will be Christ the King who put away Peter's sword...)