The Revell Arado is, as I feared, turning into a 1970s horror story. It fits where it touches. Which is almost nowhere: 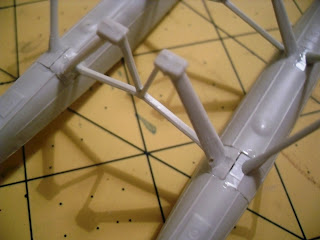 Just look at the horrible gaps around the float struts! And, of course, when I fill these it will be a devil of a job to sand without snapping off the struts.  But that's not all. Wing roots any one? - 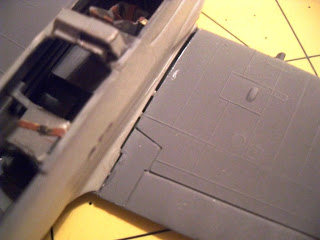 Now I know the Arado 196 had folding wings, but I can't imagine the fit was this bad.

But I will persevere. I've been thinking about the finish for this kit. I know a few Arados sported Japanese markings (they were for the defence of a German U-boat base in the Far East), but I don't have any Jap markings in my decal box. Also, finding reliable information on these few aircraft is difficult. Another alternative was suggested  by this:

'As a ship-launched airplane on board Hilfskreuzern, which were conducting anti-maritime shipping operations in the Pacific and Indian Oceans the Ar 196 flew their missions without any particular markings other than a light blue paint job,'  Dabrwoski, H.P., & Koos, V., Arado 196; Germany's Multi-Purpose Seaplane (Schiffer Military History, 69, Atglen PA, 1993).

The same book carries a photo of a unmarked Ar 196 in a pale, uniform, finish minus its entire engine, which had broken off in heavy seas. It may well have been the Arado 196 embarked on the auxiliary cruiser Orion as that same ship embarked a Nakijima E8N in early February 1941 - was that a replacement for the engineless Ar 196 in Dabrwoski and Koos' book?  So, I might well give my imperfect Ar 196 an overall blue (hellblau?) paint job.

And after the imperfection? Perfection. Climbing roses in my garden, photographed this morning before setting out for work: 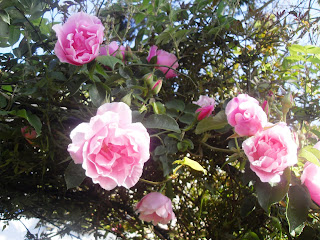 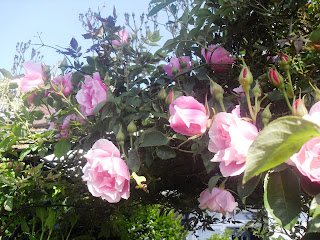 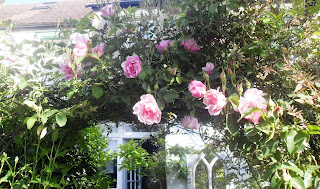