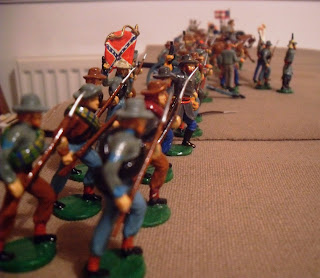 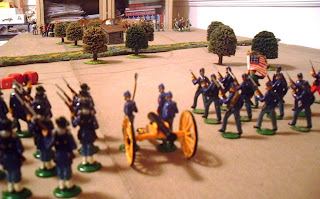 More restrained, Army Blue leave their start line. The objective (for both armies) is the ford across the otherwise impassable river, seen upper left in the photo below: 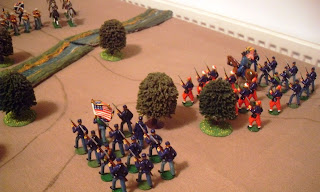 Victory condition is holding both banks for three moves. 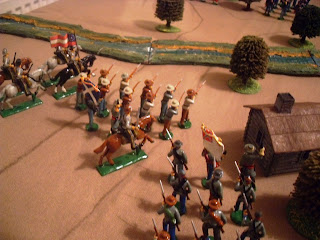 Army Gray surged forward too, pushing the cavalry squadron up towards the ford. Army Gray was also able to take advantage of the road, rapidly advancing (x2 bonus) in column. There was no penalty for change from column to line in 'ARD', but I added one in, of half a move. That still enabled the regiment in the centre above to advance close to the ford and form a firing line, waiting for the blue bellies...