so I'll finish. And, at last, I've finished the dam' Egyptian Mig 15 bis. The build finished as it progressed, with the 'Hi-Decal' after market set proving to be so incredibly thin that the markings began to disintegrate in the water, and were almost impossible to get onto the Mig in one piece. I decided, given the loss of various bits of the black identity stripes, to forgo the small stencils, and just leave it like this: 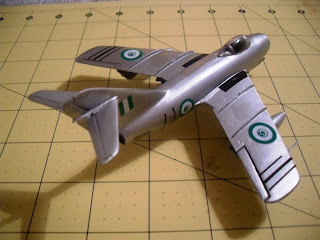 Frankly, that was a far from satisfactory build, and it was with some relief that I set out my unfinished War of 1812 British and Canadians in 20mm plastic, and a couple of odd 28mm AWI that need finishing: 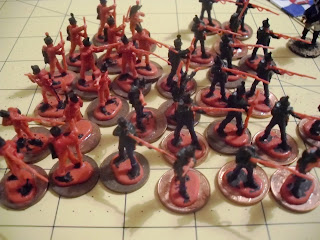 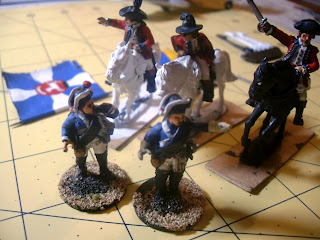