I suppose that somewhere out there is a toy soldier/wargamer/kit-basher who can, and does, focus on one thing for long periods of time. He has complete armies, in scale, for specific battles, and his hard earned roubles go only on books, magazines, guns, horse and foot (or armour and support) that are relevant to his chosen subject. That is not what it is like at the Hobbit Bunker. My current move of a large number of little tin men has highlighted that, but it has also re-ignited my desire to array some of them on the table top. Yet this morning I bought a copy of the current Scale Aviation Modeller International, and the butterflies took off. It contains a nice, straightforward review and build of Revell's Sea Hurricane Mk IIC in 1/72 by Clive Duckworth. He built his Sea Hurricane as an aircraft from HMS Striker, in a pretty standard finish. But it looks so nice that I was sent digging around in my heap of unbuilt kits to find: 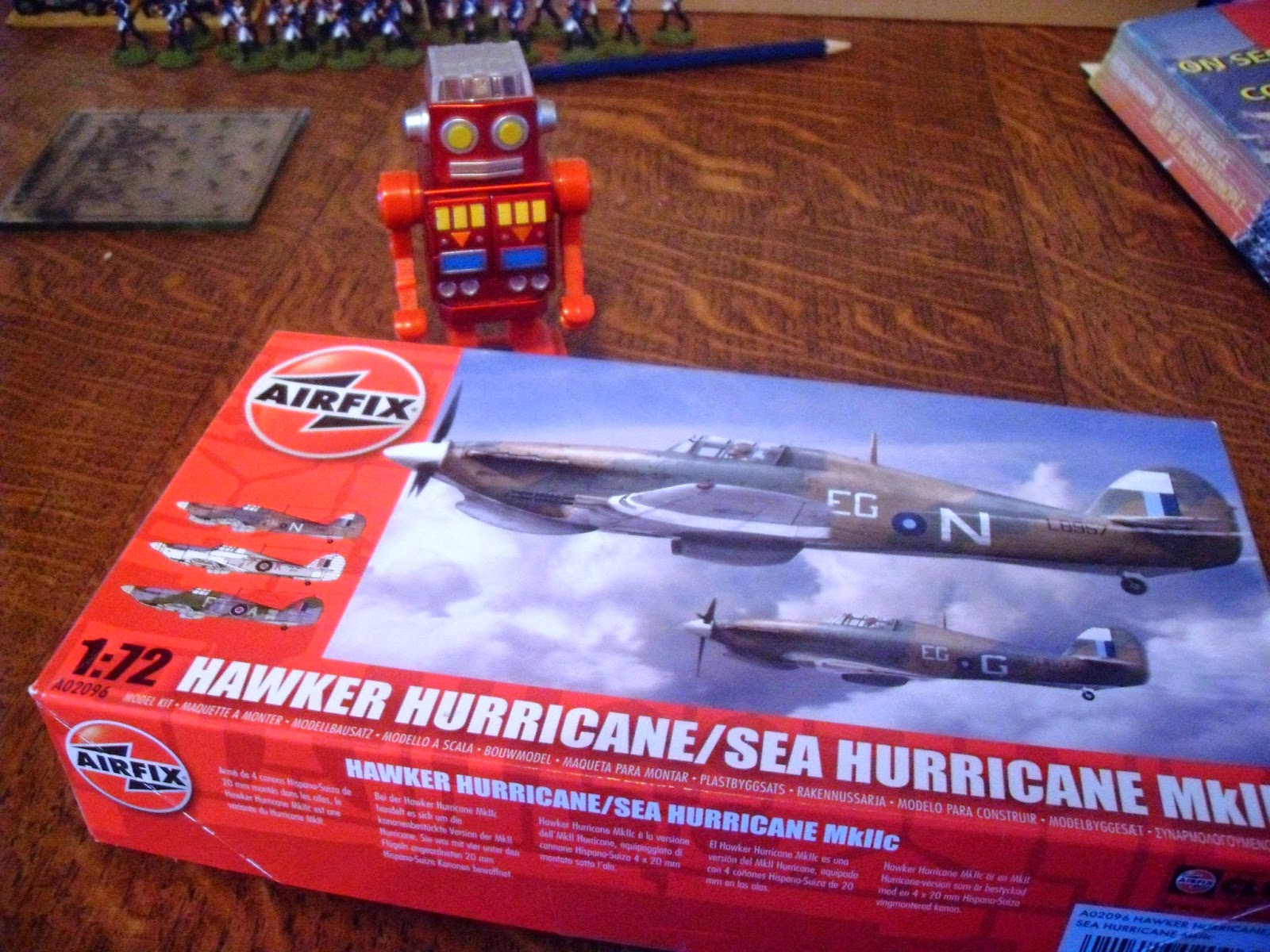 
The Airfix Sea Hurricane. I've had this for a while, with the intention of finishing it as a Fleet Air Arm Sea Hurricane which took part in 'Operation Torch'. The interesting thing being that the FAA aircraft wore U S markings (of a sort), in the vain hope that the Vichy French wouldn't fire on them. Uh? Of course, that was at a point in the war when the US government still recognised Vichy, and ignored de Gaulle.
Actually, one of the other things that brought on the butterfly effect is that over the last couple of days we've had heavy rain here in West Mercia, England. So I couldn't keep on carrying my little tin heroes out to my shed. However, my garden, which I have created as a sort of woodland garden, is benefiting from the rain:
﻿ 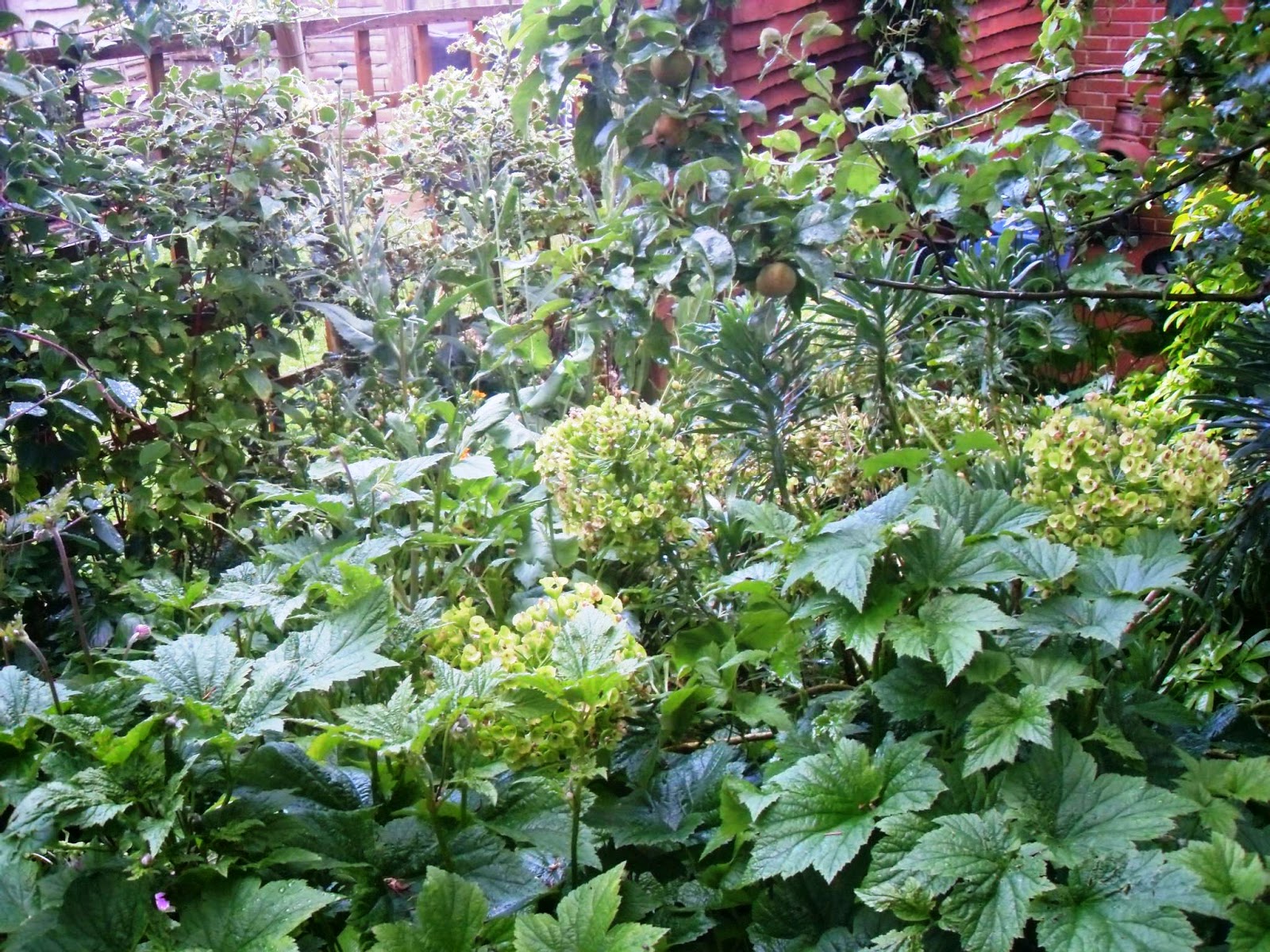 Some happily drinking Japanese anenomes, which will begin flowering in a few weeks and go on into late September. Also euphorbia giganticus, which has been doing its Shrek's ears trick for a few months now. And Russet apples growing nicely.﻿ 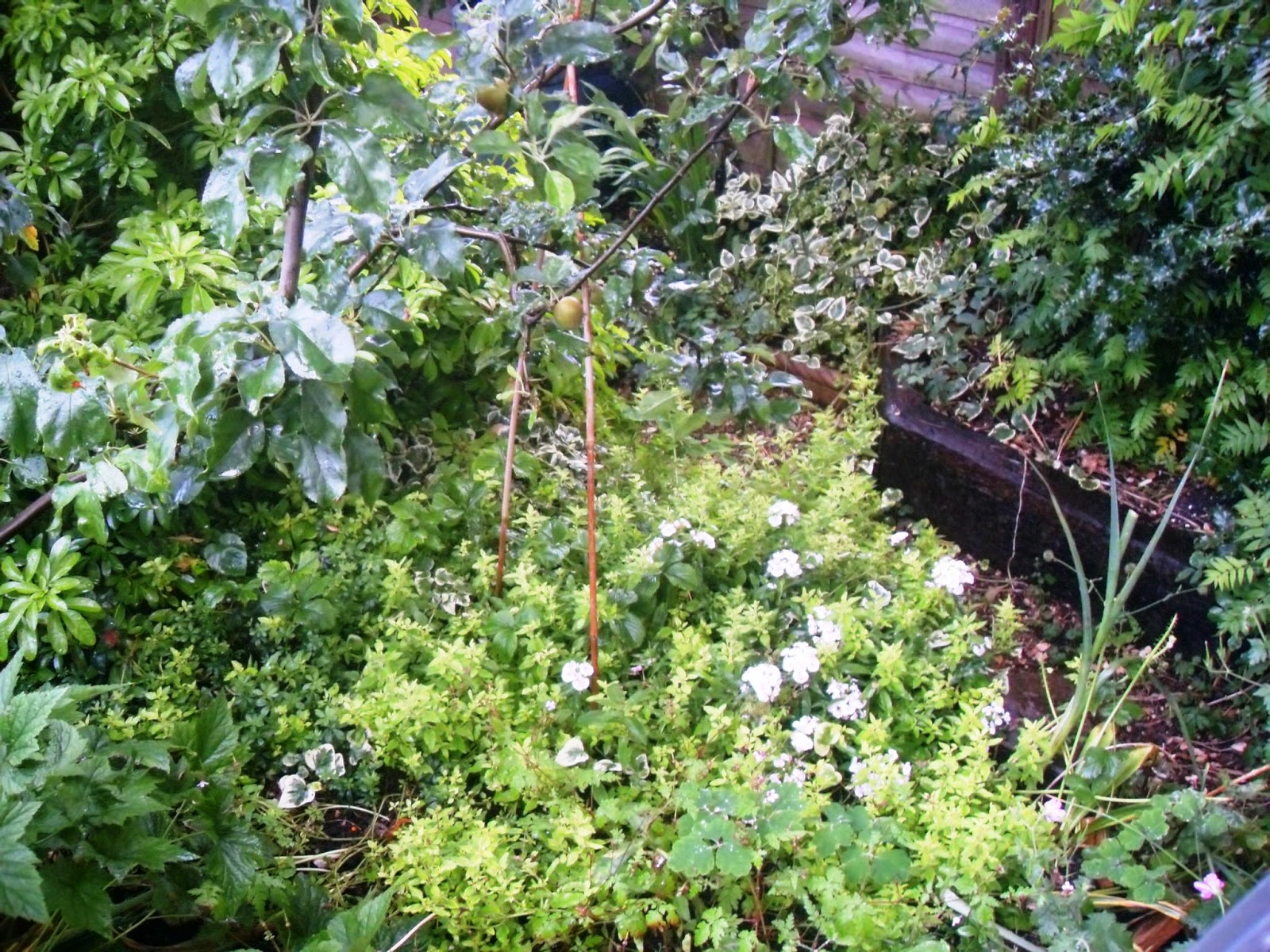 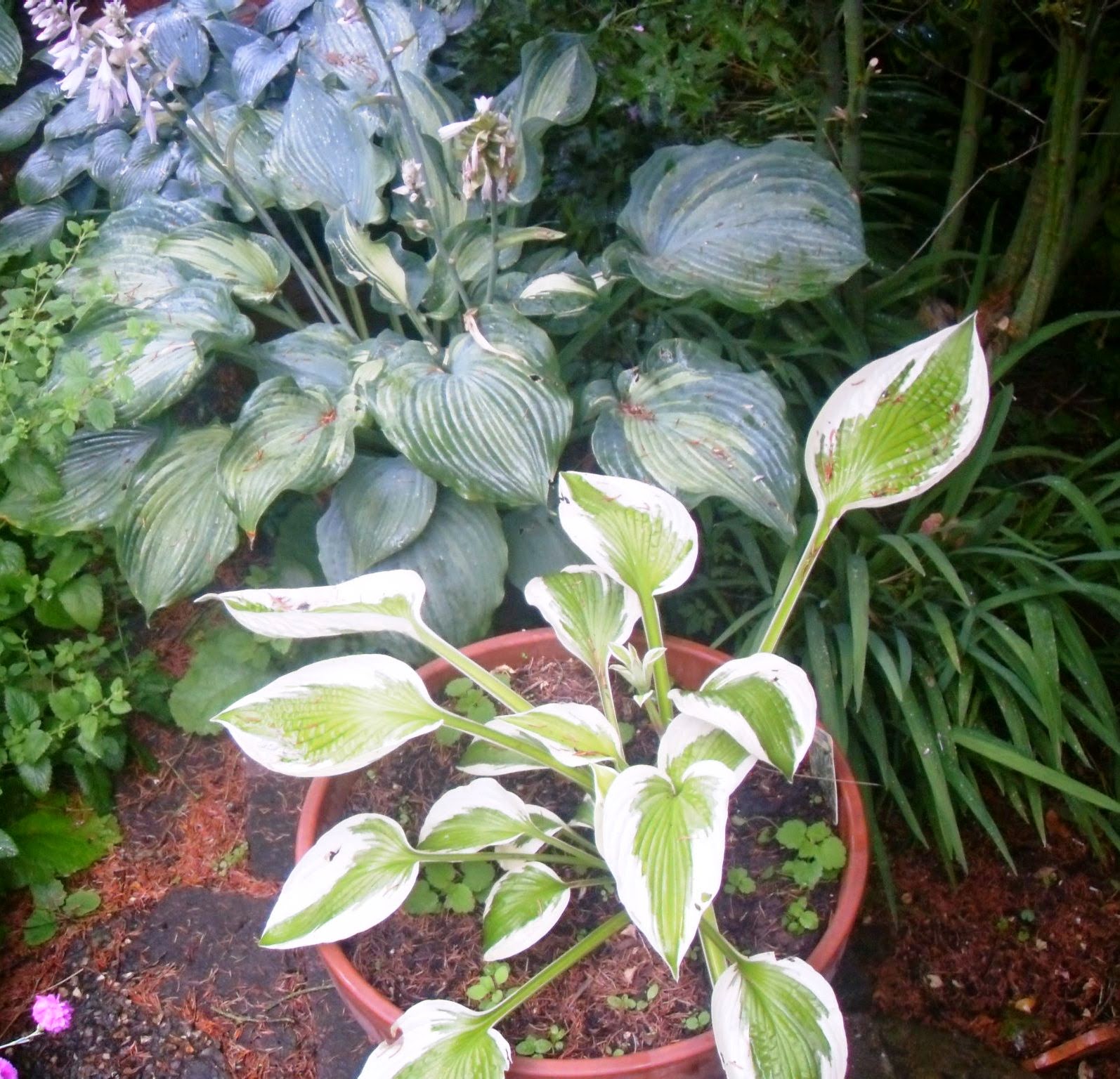 Outside my back door, my favourite hostas, with ferns, a small oak tree, and an olive tree growing so slowly, so slowly.﻿ 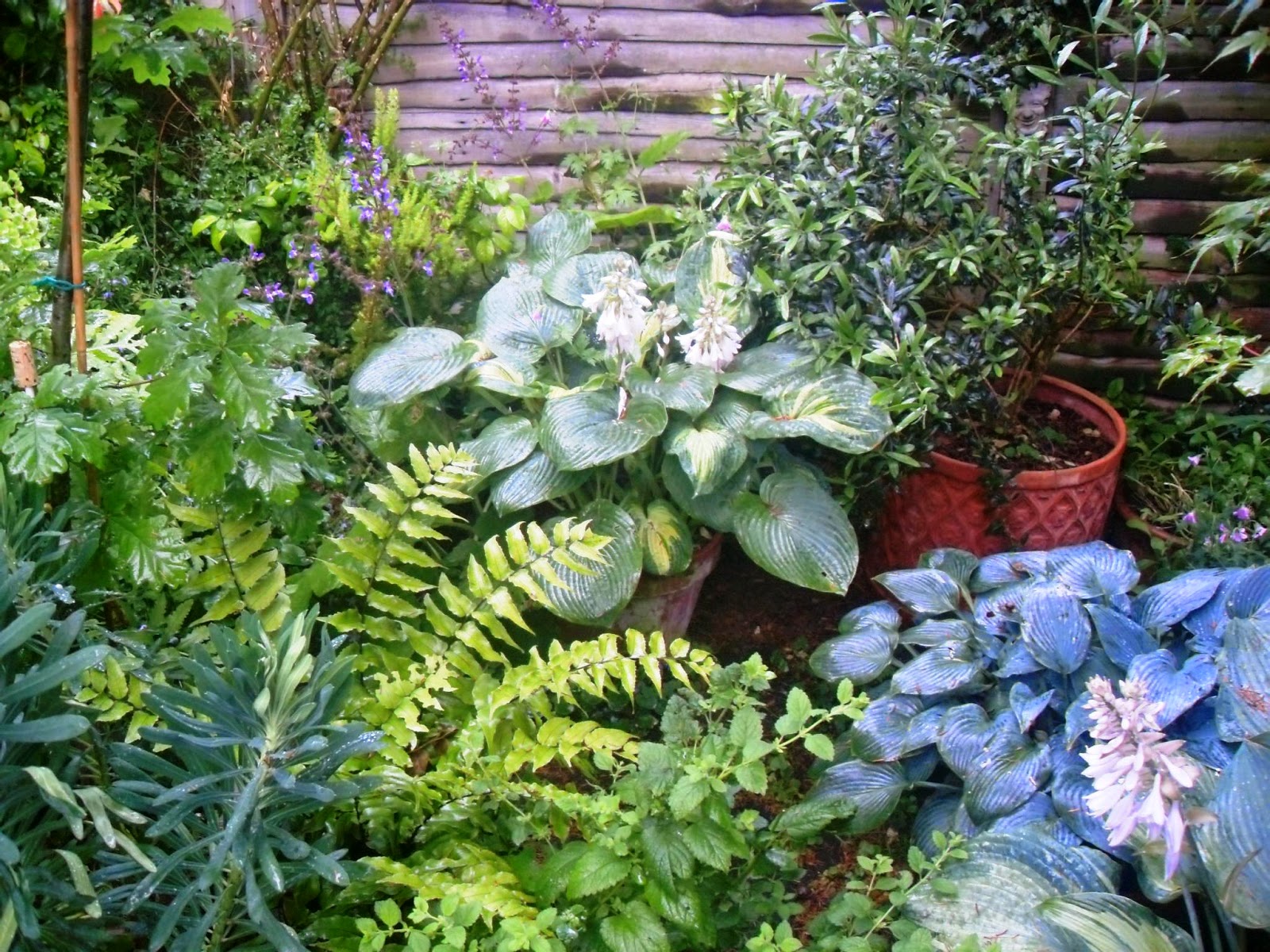