The Long March of the tin men continues, and I still have quite a few chappies in police blue, police green, khaki, green and khaki, and just in plain mufti, to shift. However, I thought I'd vary the task by extracting some armour from the incredible cabinet of Herr Doktor Front, which is beginning to take on aspects of the Tardis.  A variety of scales and makes, but all designed for the table top, not the competition table: 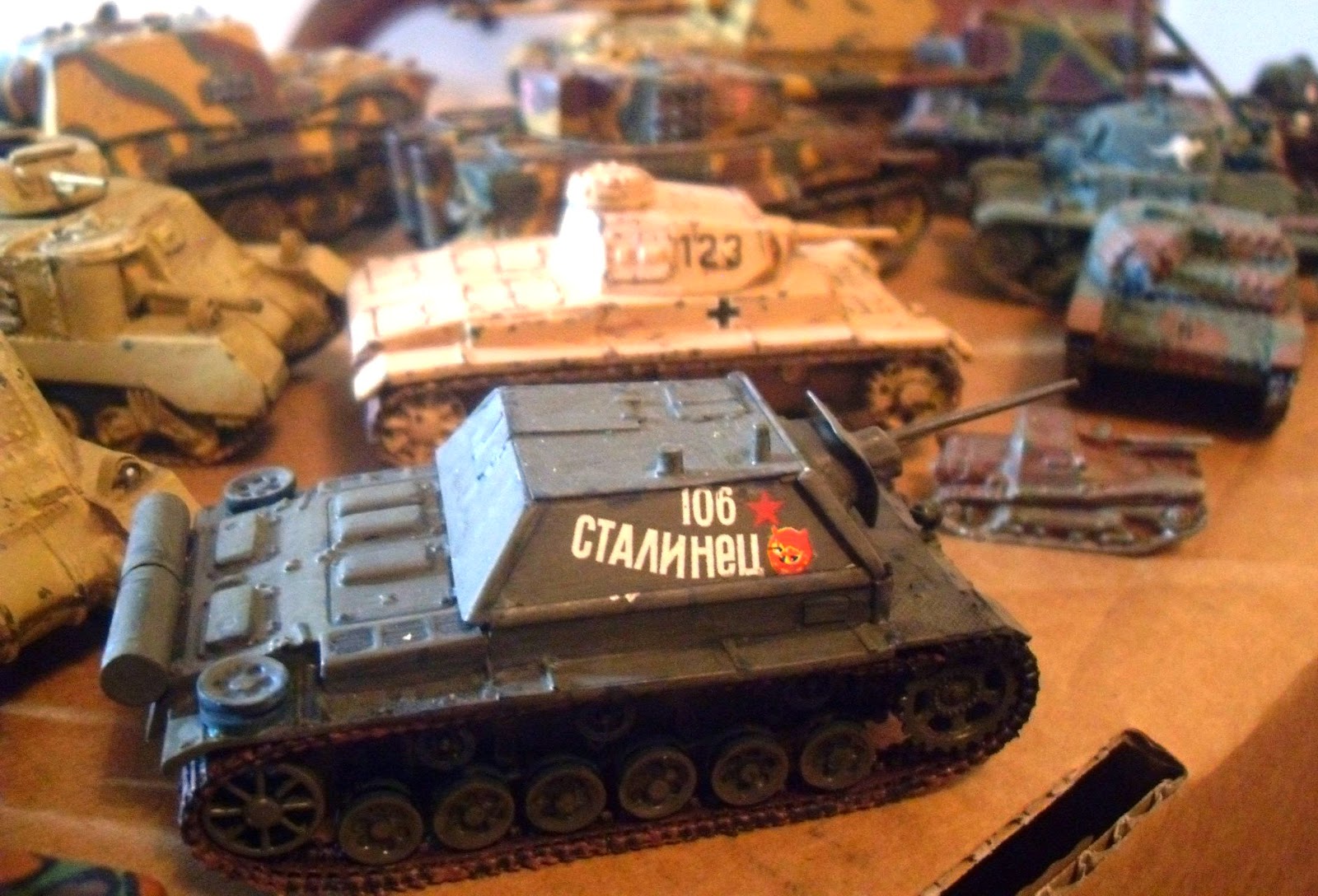 A conversion, foreground, involving the ancient Airfix Stug III, backed by, at left, a refurb on an Airfix Grant I made in the early 1970s, an Armourfast Pz III, and a tiny (Peter Pig?) CV35.﻿ 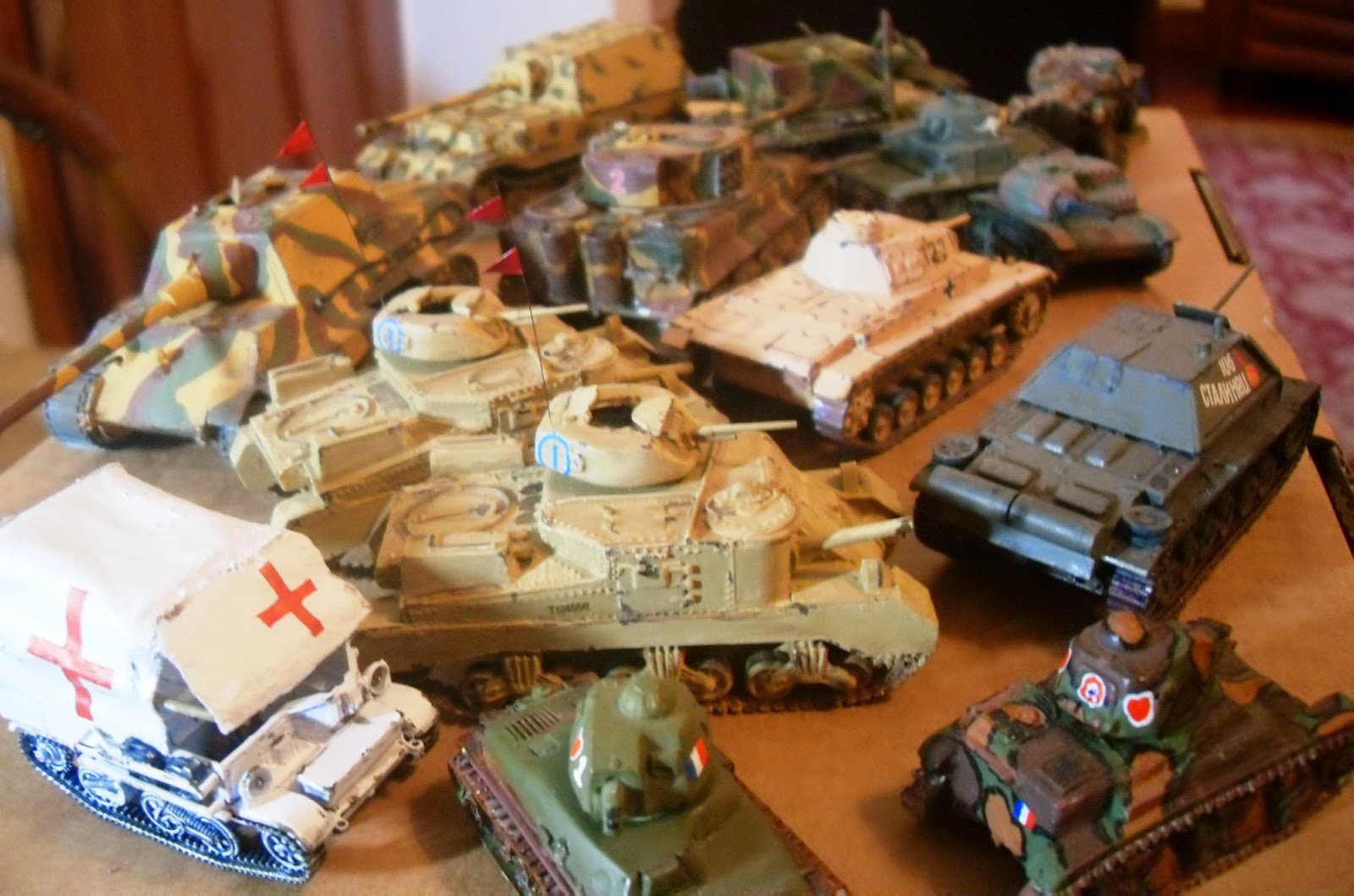 Armourfast based NZ ambulance conversion on the left, the refurb Grants, resin French armour from 1940 (I can't remember the make), and behind the Grants, an Esci Jagdtiger that I built long ago in 1985 - massive, and useless on the table top. 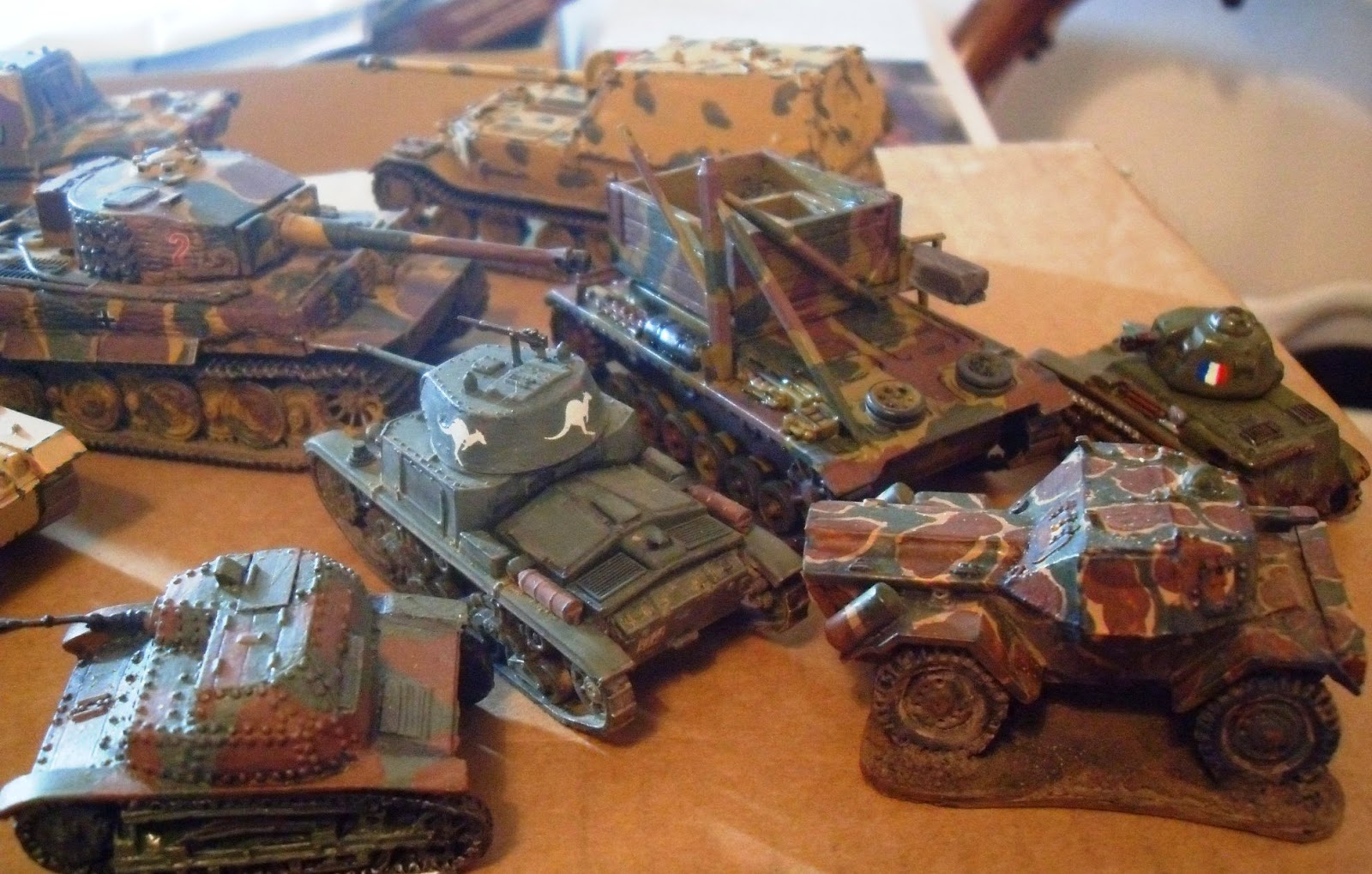 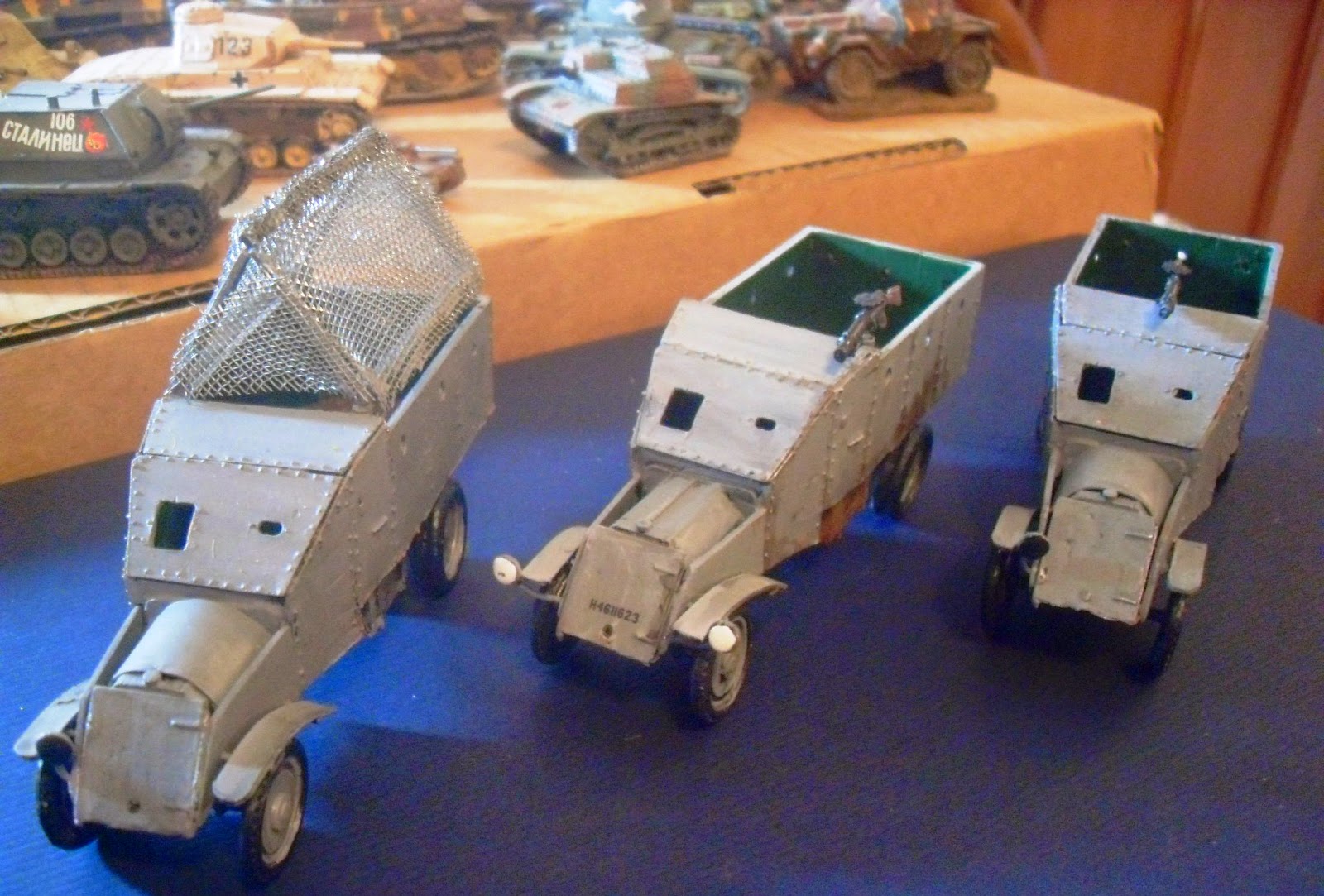 Lancias for 28mm, with the odd addition in the shape of upper engine armour and anti-grenade net (made out of a tea strainer).﻿ 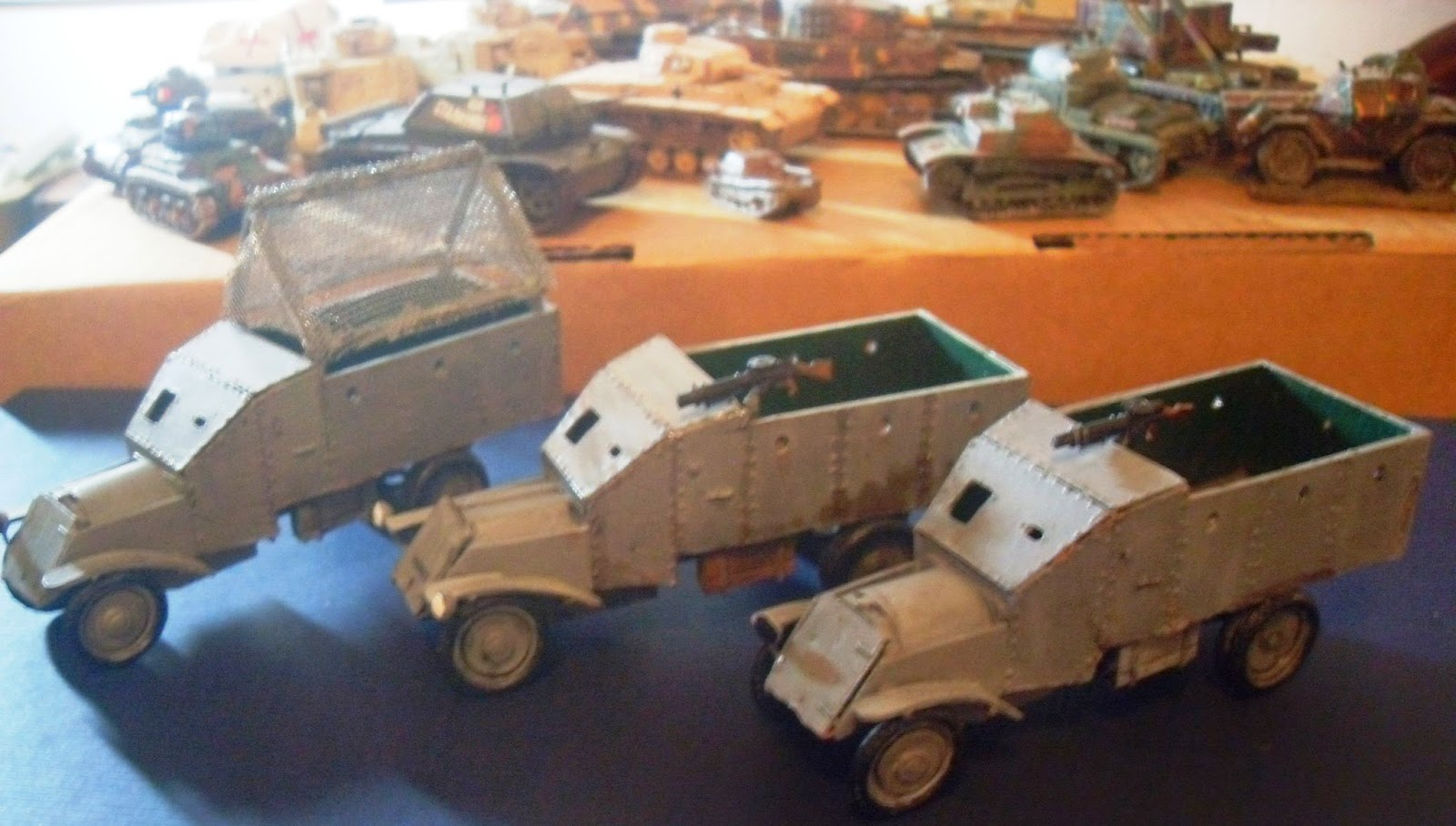 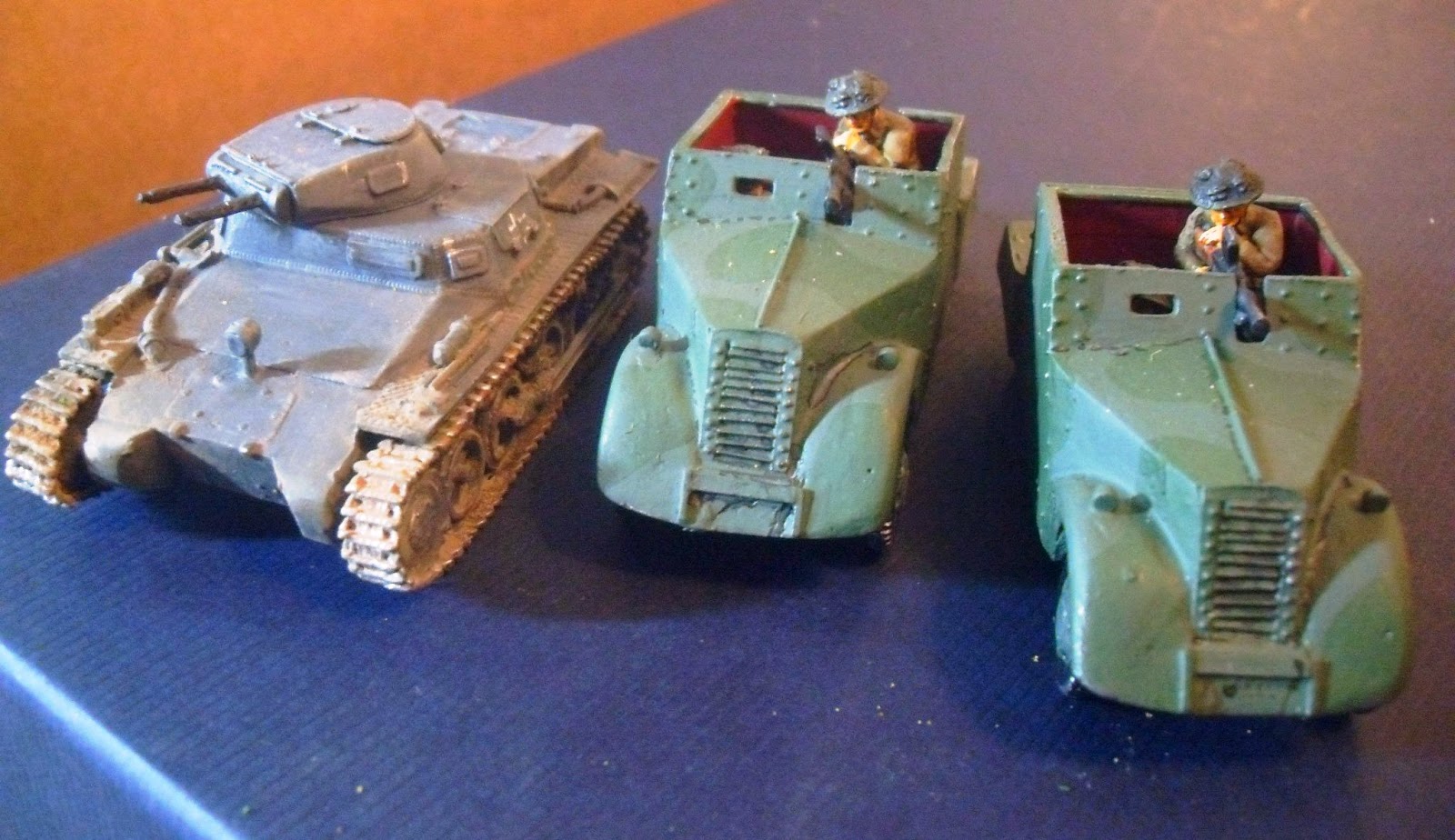 Finally, kit that, had things gone badly for old Blighty, might have clashed. ﻿
Posted by AlFront at 09:36