Just over a month ago I was visiting my aged mother (born in the year of the British General Strike) in Wigtown, Dumfries and Galloway. This is a surprisingly remote area of South-West Scotland, jutting out (down?) into the Irish Sea, and not that far from the Isle of Man (a fine place, a place I hope to return to ). Wigtown is famous for being part of the Beltie belt, for its martyrs drowned at the stake (although that may well be a myth), and, since the 1990s as 'Scotland's National Book Town'. And a pretty damn remote one too! I suspect the internet has enabled the 'Book Town' to survive longer than it might have. Oddly (right, I'm rambling. It's the vino!). Oddly,  at the time that the whole book town idea was kicking off, I was a frequent contributor of fine short stories (if I may take a lead from Prime Minister Cameron and avoid bashfulness) to the Scottish Book Collector, whose editor, Jennie Renton, was a moving spirit behind the whole project. So, this small town (popln.: 1,000) boasts a rather large number of second hand bookshops. And a fine plant nursery. So, as I fulfill my filial duties, I can also inhale the fine, dusty odours of old books, and peer at noble plants within the confines of an 18th Century walled garden. And, a month ago, my book haul was full of old school charm, including: 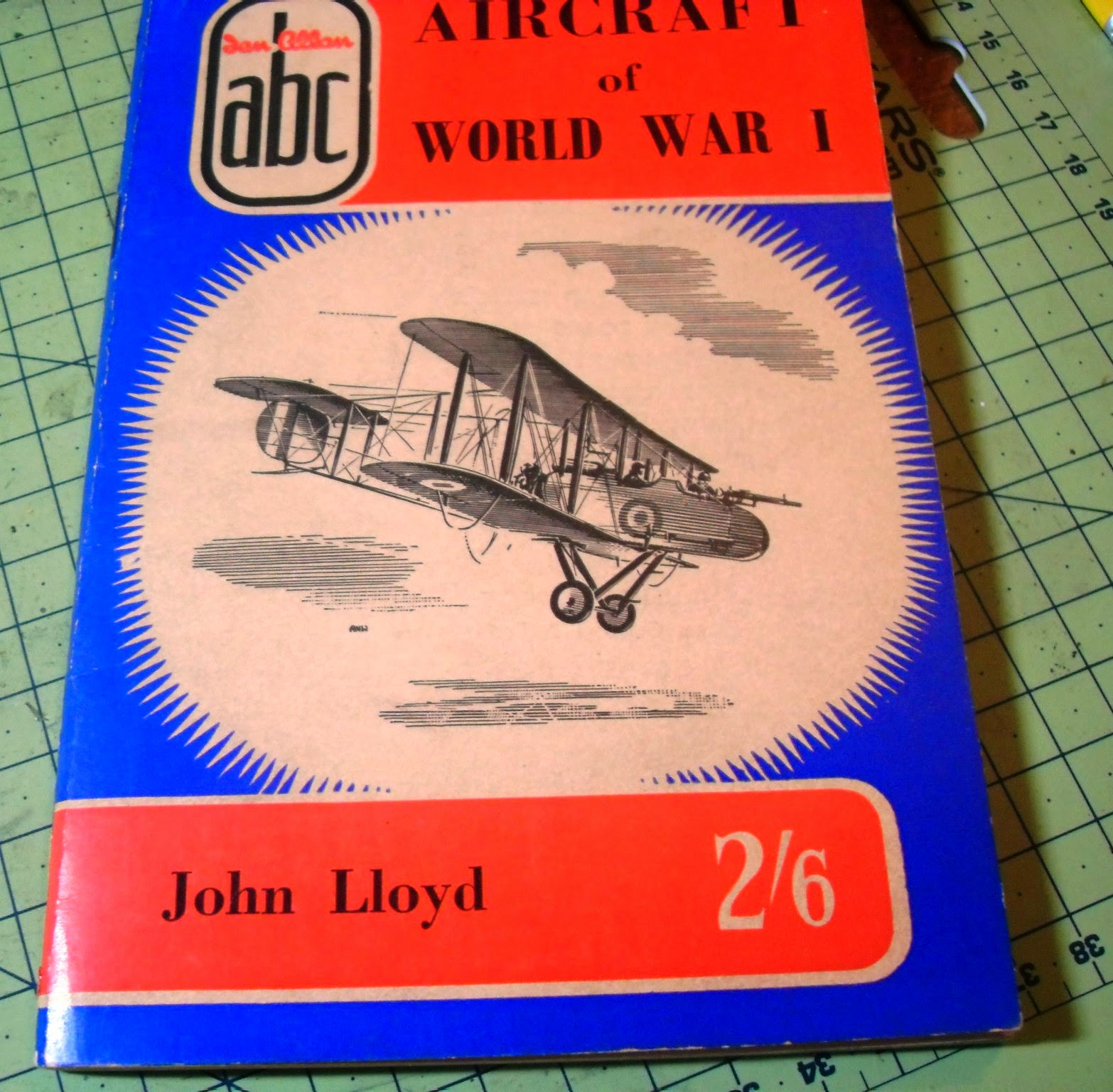 Oh, the delight! Do you see the fine line drawing, and the price - 2/6d, a half crown ! A half crown! I have waxed lyrical before about that noble and useful coin of the realm, finer even than the tanner or the thrupenny bit. Joy. Sadness. Days that are past. Anyway, it is a digest sized Ian Allen book, nicely illustrated with pretty clear photographs and sharp, succinct text. Also: 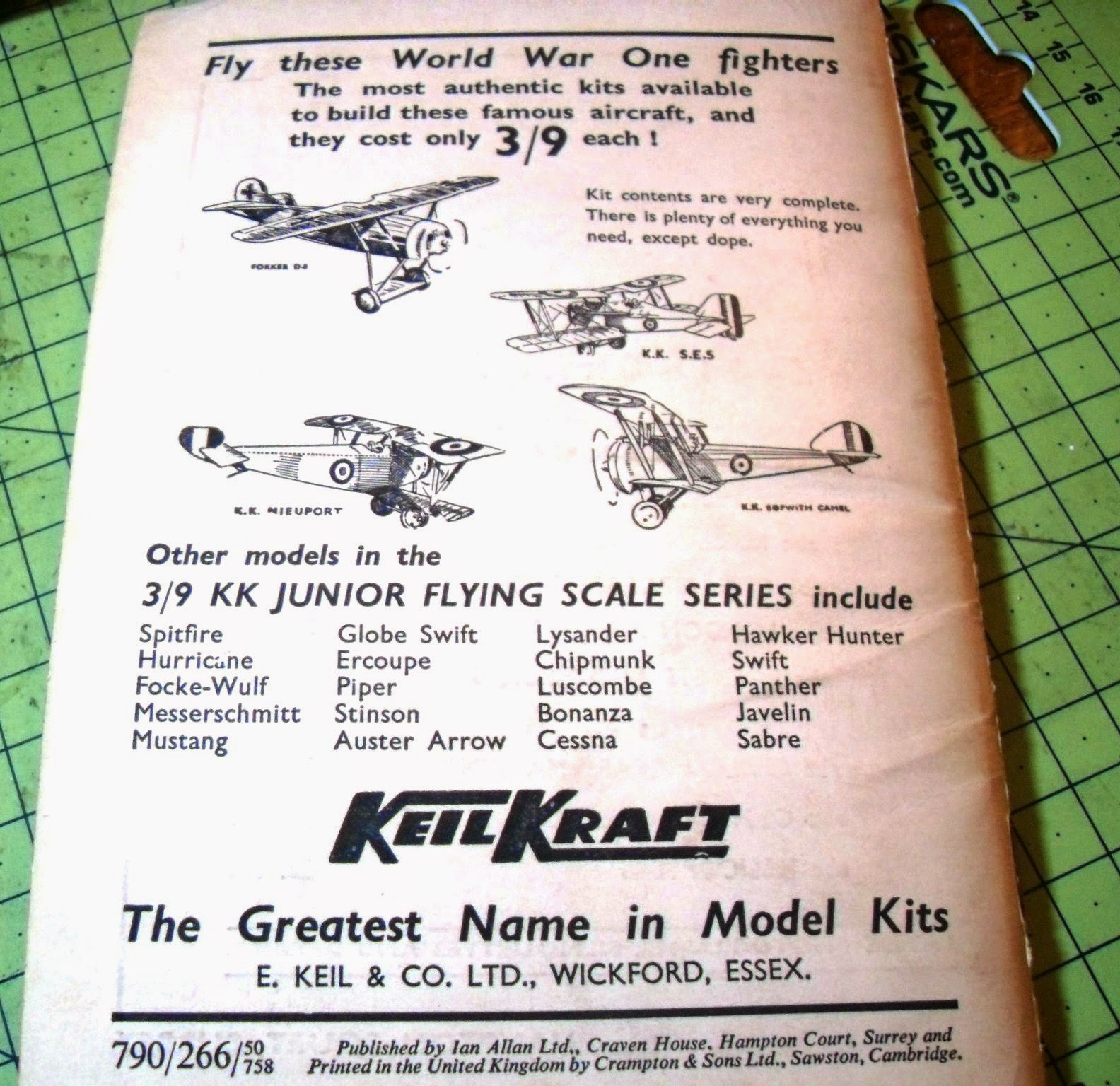 the back cover has a nice 'Keil Kraft' advert. Every summer as a boy I used to buy one or two balsa kit aircraft (rubber band powered) and carefully build them before flying them from the top of an old sandstone quarry near my home. Nose dives were pretty common, but then I had the pleasure of using offcuts of balsa to repair the damage before returning to the quarry. I shall visit the quarry once more, and the hill where it is, before I die (D.V.). 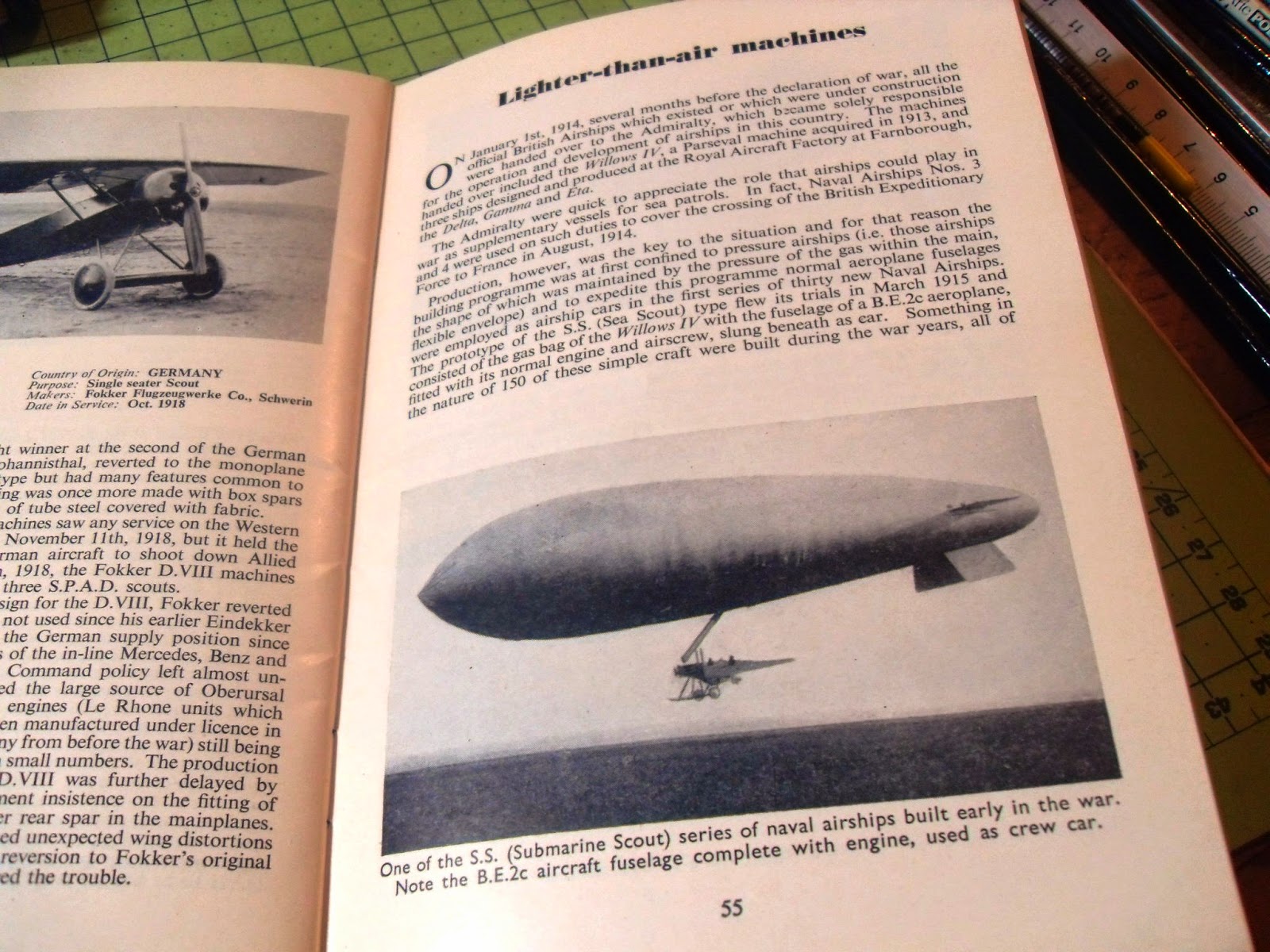 Aircraft of World War 1 also has a section on'Lighter-than-air machines'. It is concise, but nicely illustrated, and took me back to when my son was a nipper and we made reasonably frequent trips to the old RNAS (?) airship station at East Fortune, which is now the major Scottish air museum.

Of course, all this stringbag type stuff means I have to: 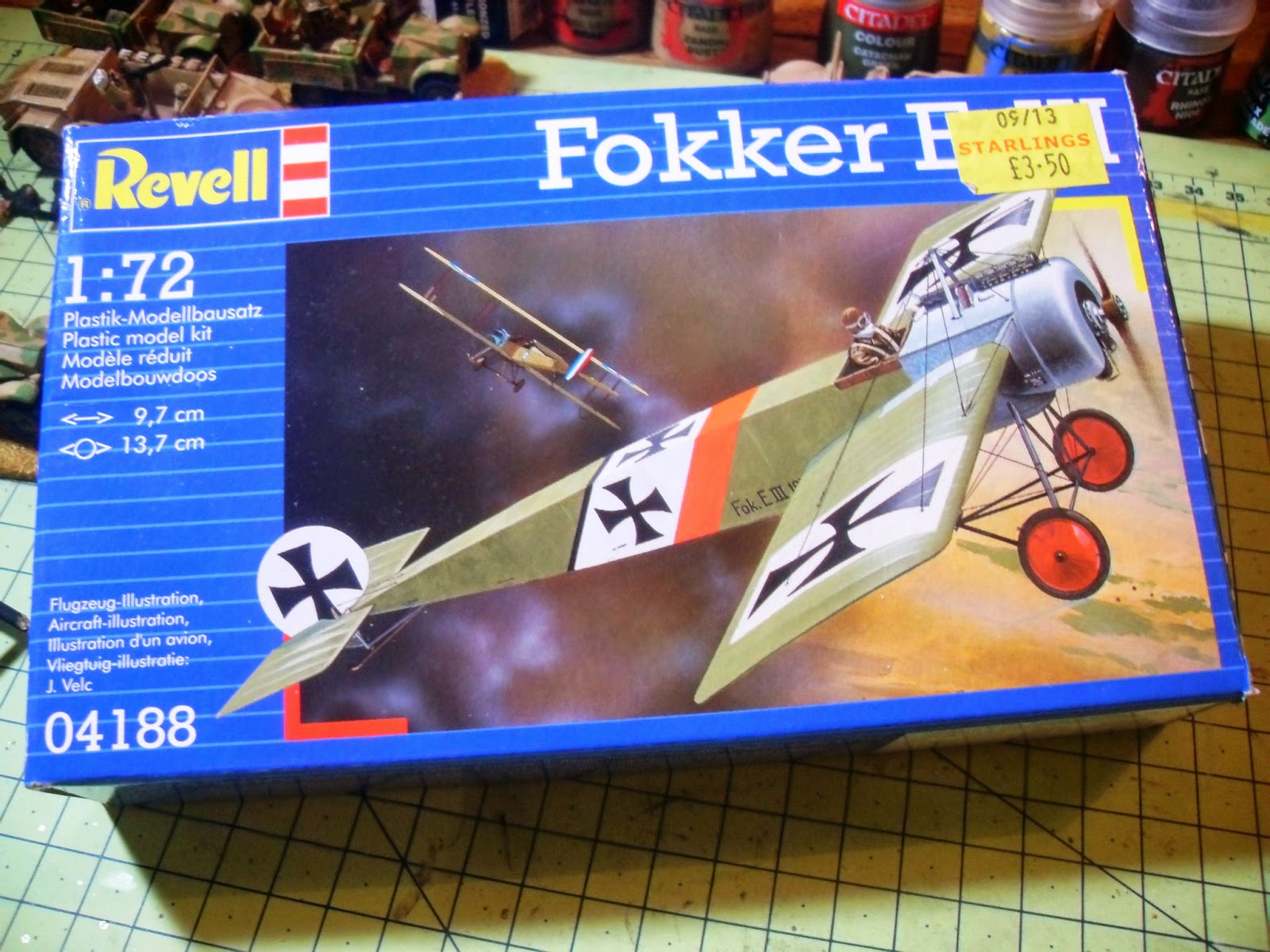 Glue something old.
Posted by AlFront at 15:03