Ross Mac in a comment on my last post sympathised with my current task of moving hundreds of figures from one barracks to the next, saying how much fun it would be to handle figures that haven't been on the table top of glory for a while. And how right he was ! This morning, I moved another few hundred, and met up with many an old sweat in 28mm from the war in America.
Including these Perry figures: 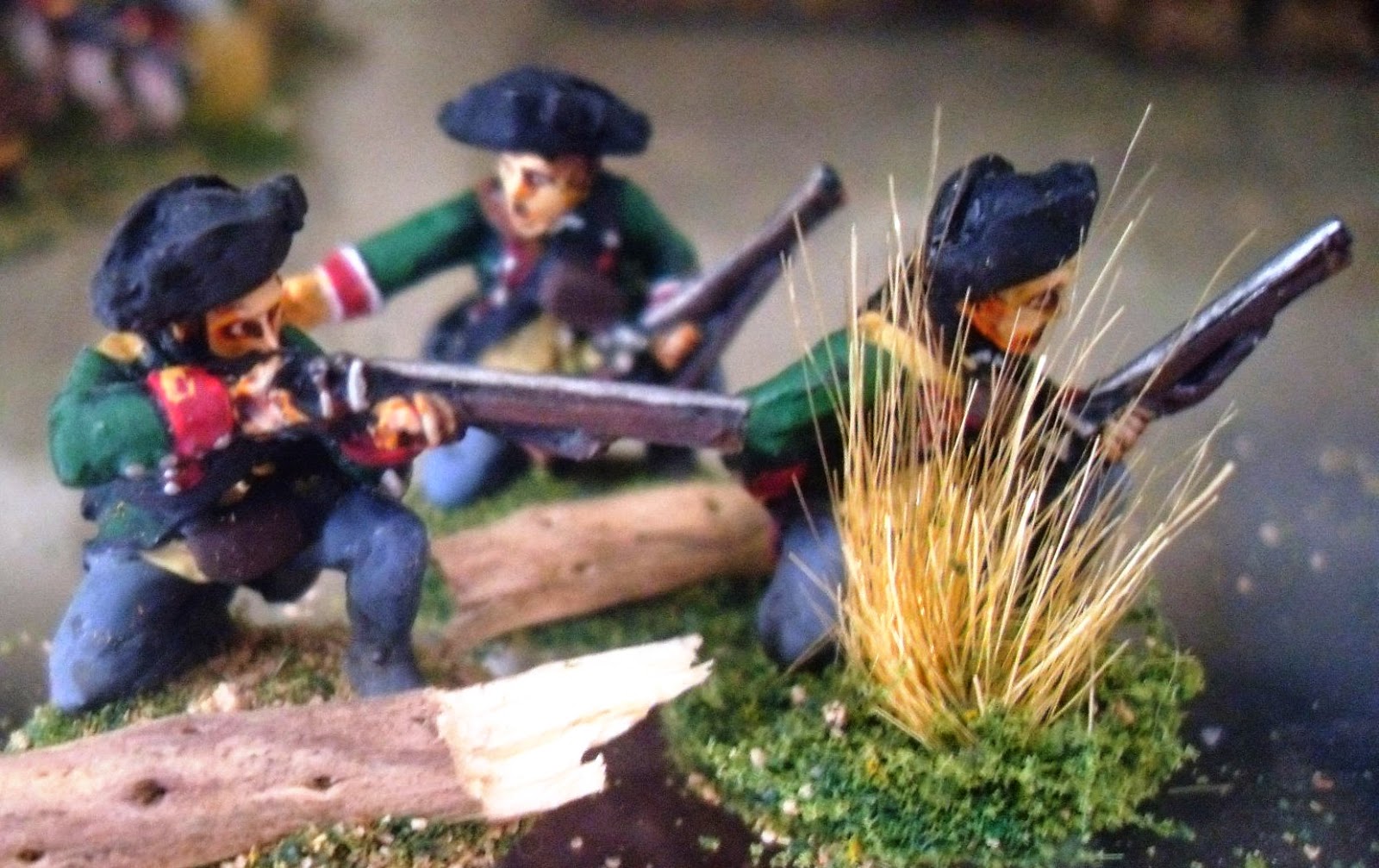 Jaegers. And how fine they are, how fine! Animated to pefection. The only pity is that one can't really have too many of the splendid foresters in one's army.
But, there were also these favourites: 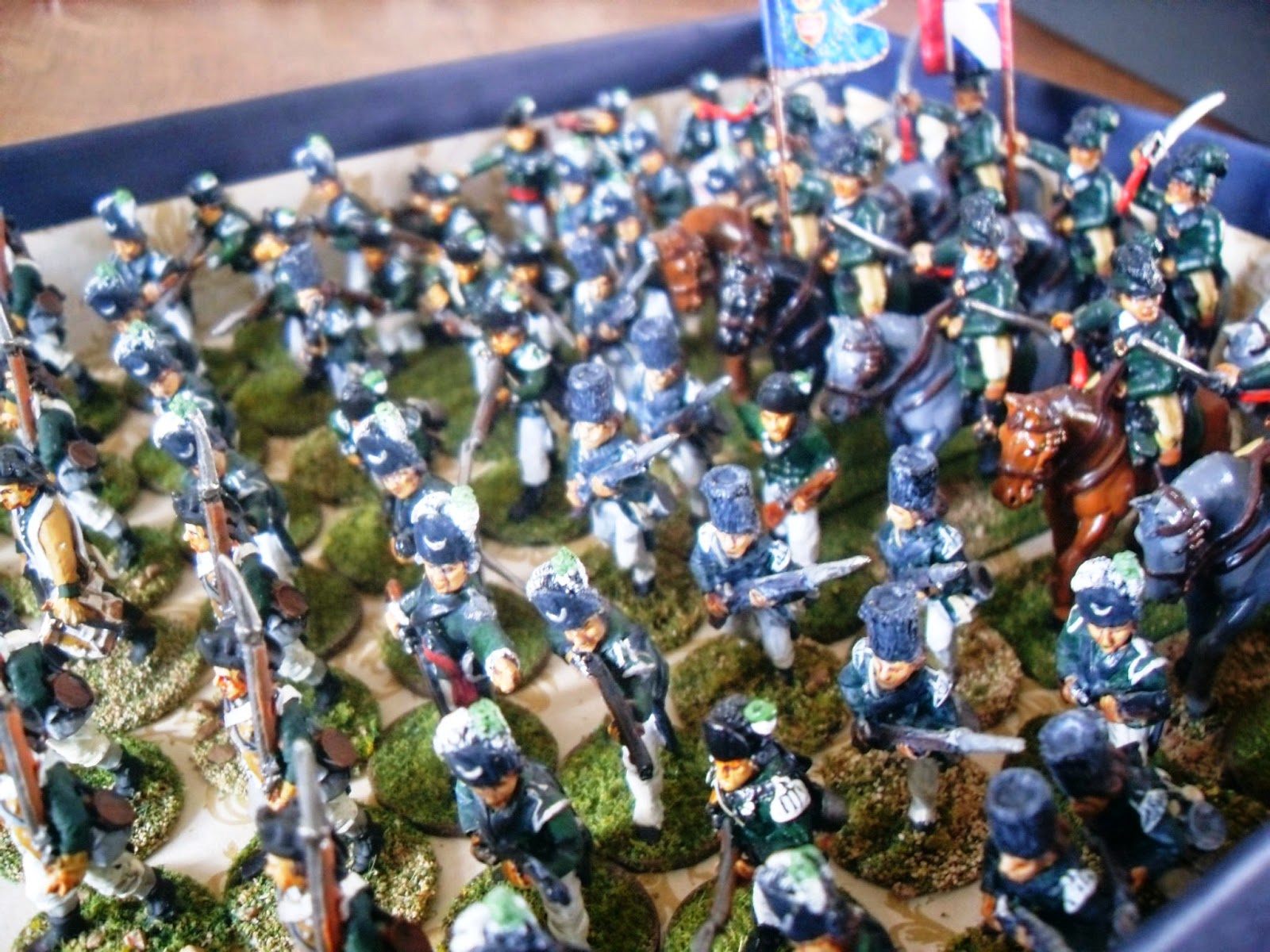 Loyal and true. And so forgotten in the Old Country. In fact, I wrote a letter only this past week objecting to some television 'historian' who claimed, in The Spectator magazine, that 'we', i.e., Britain, fought the American war all on our own ! Pah!!. 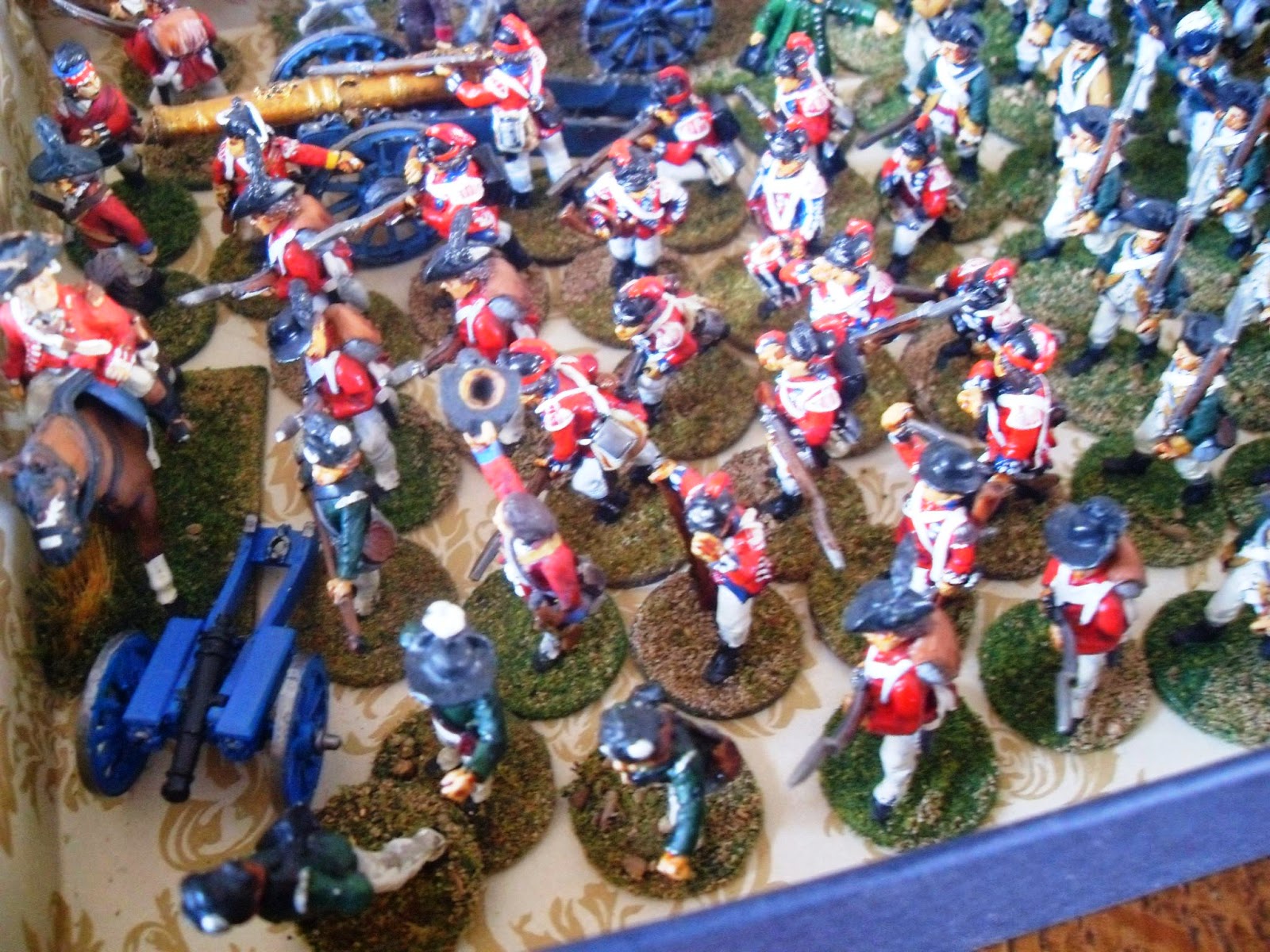 some 'Light Bobs' to lend a hand.
﻿
But not forgetting the opposition, sadly deluded, estranged from their King. But, we have forgiven them, for, as Bismarck realised, our common language would be a deciding factor in the history of the world. And, when, like ancient Rome, we are gone, and our cities and countryside inhabited by others, our tongue will survive for a while. Here and there, like the inheritors of old, small kings will try to maintain the old ways, embodied in our language. Our English. 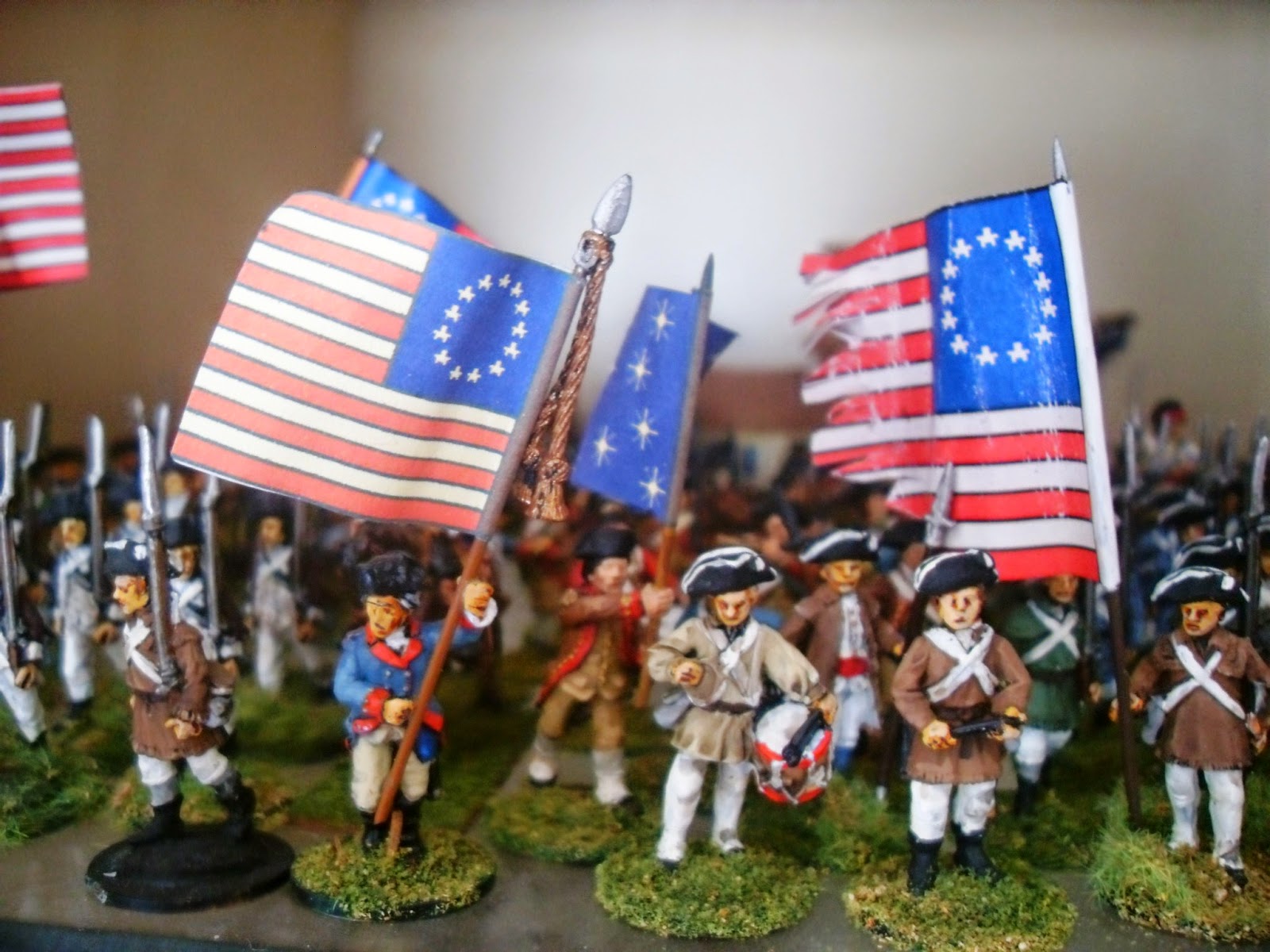 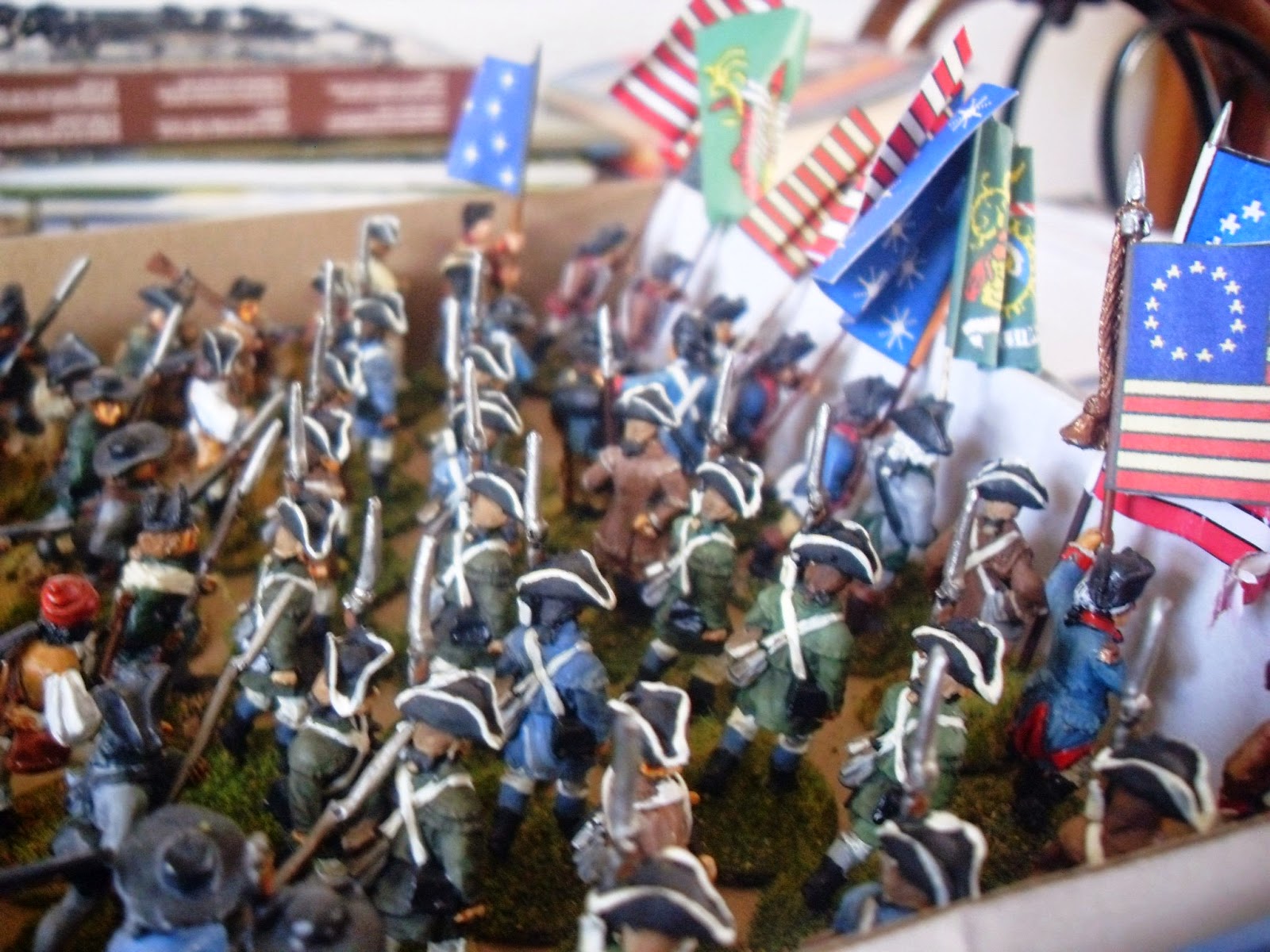 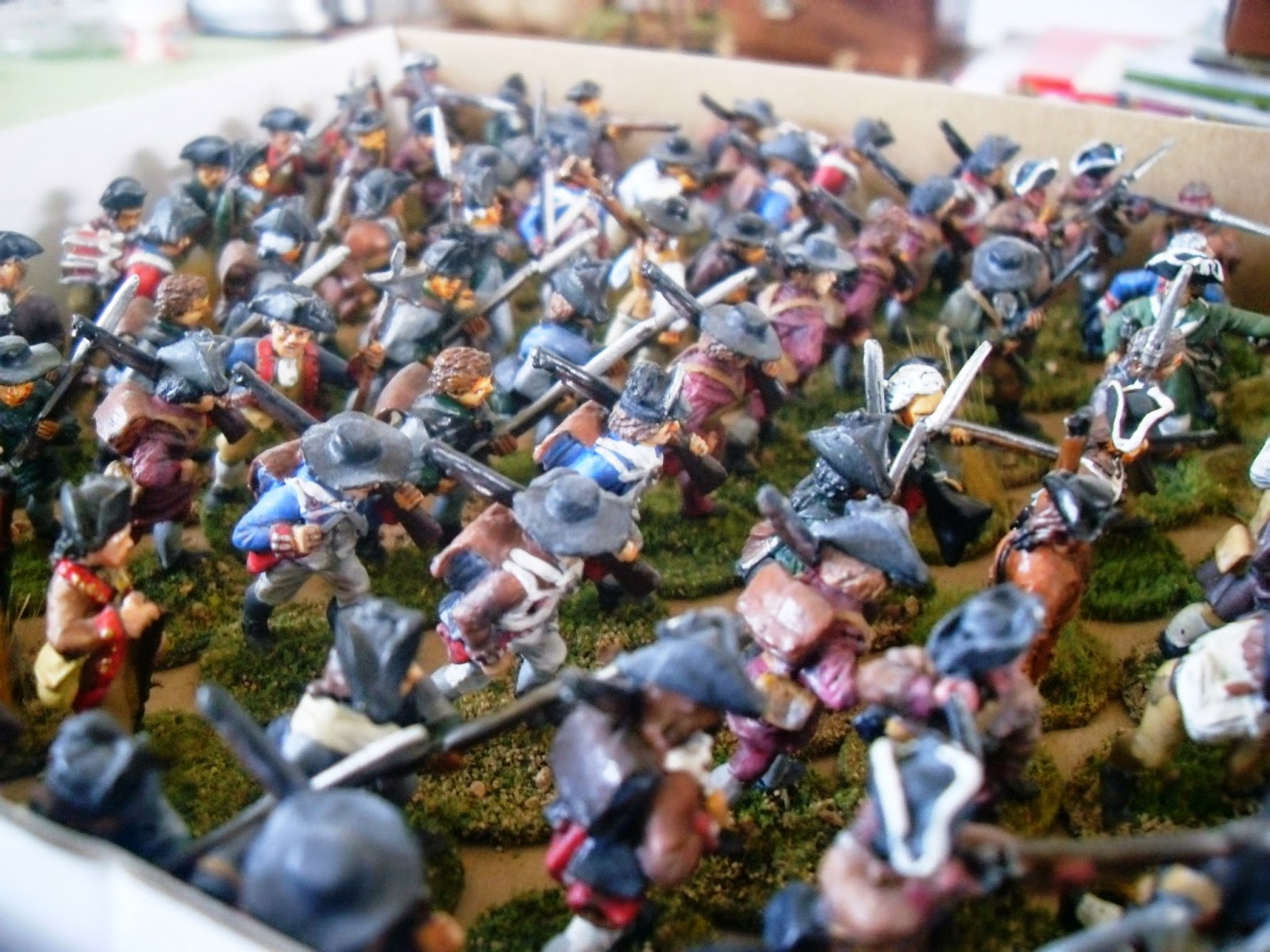 All of this, of course, means that I will have to order some more of these fellows. Of course I don't have enough!
Posted by AlFront at 14:49