I live about half a mile from the Collegiate Church of St. Mary's in Warwick. My allotment plot is around a quarter of a mile from the church. St. Mary's tower has a marvellous peal of bells, which ring out on Sundays and on Wednesday evenings (bell practice night). The tower also has a set of chimes which go with the church clock striking the hours, and include 'I vow to thee my country', and 'There's no place like home', both of which were popular songs during the Great War (was 'No place like home' an American tune?). I don't know for certain when the chimes were added, but I would guess in the years shortly after the Great War. Working on my allotment plot, the chimes can be heard clearly, and it is difficult not to think of all that happened a century ago. As usual with anything involving humanity, it was a tangled mess. It would have better been like this: 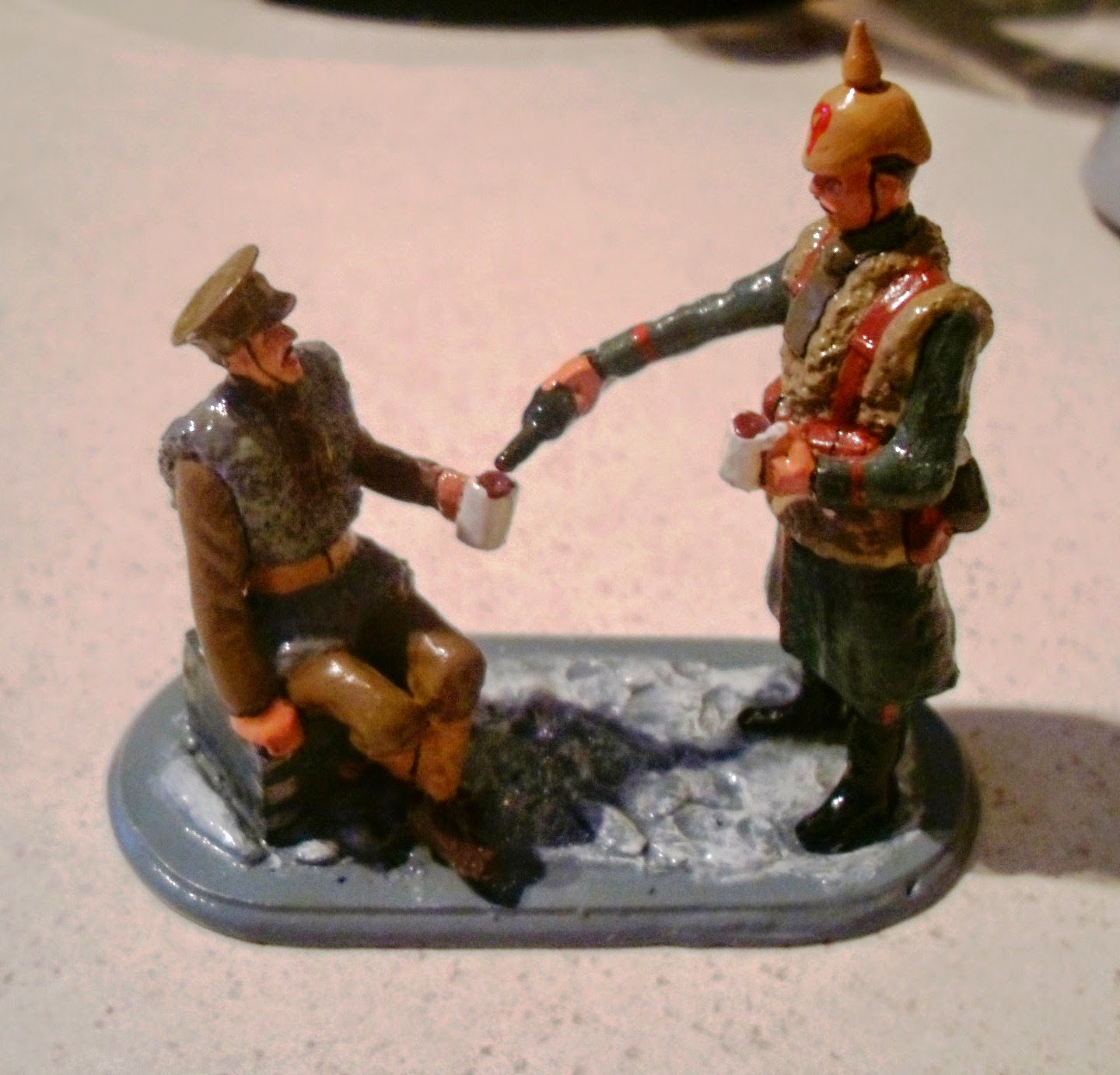 than what it was. But it wasn't. Sometimes these days, in my more facetious moments, I wonder if it might not have been better if the UK, France, and the rest, hadn't just said to the Kaiser, 'well, go on, have what you want, and we can avoid the horror of the next 70 years or so. After all, Germany will end up top dog anyway.'
On a more cheerful note, although I am usually late planting on my allotment plot, it gets there in the end, and this evening I picked my first broad beans of the year:﻿ 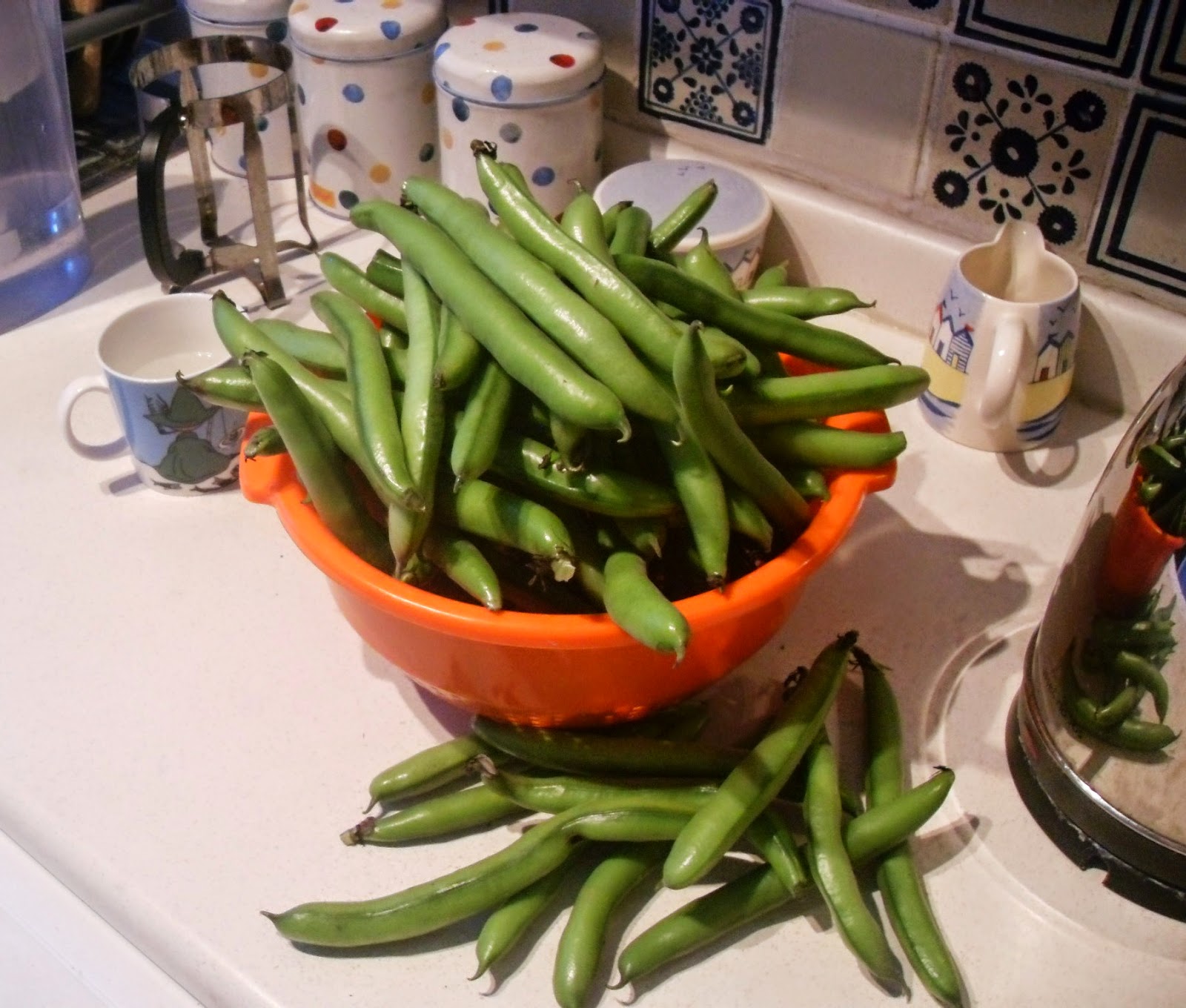 Just as cheerfully, yesterday, during a visit to the perfection that is Baddesley Clinton (the 'Baddes' was the Anglo-Saxon, the 'Clinton' the Norman usurper) I picked up this fine 'Shire' booklet from 1969: 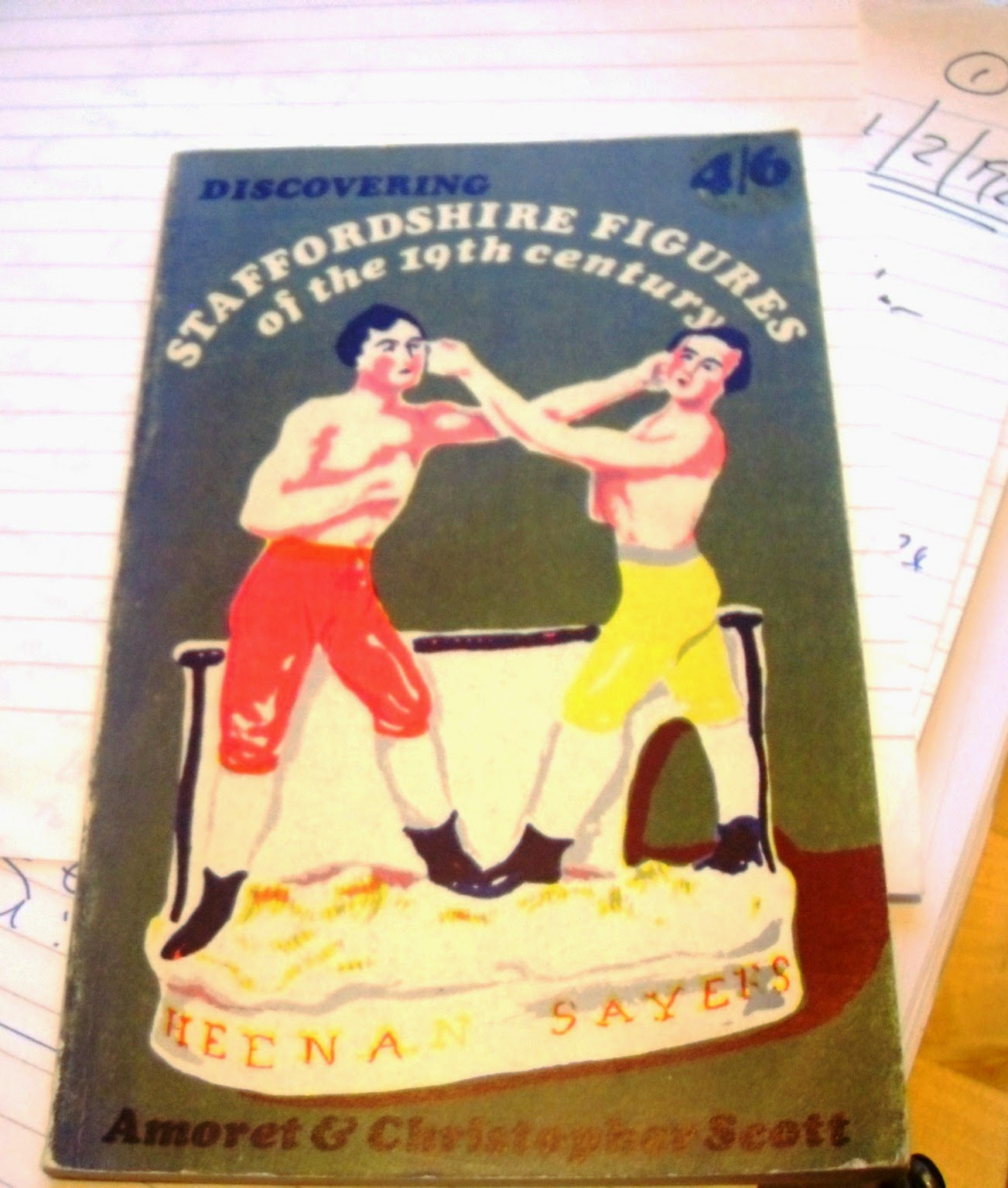 I have a very small collection of Staffordshire figures, but, as yet, no pugilists - but they are on my 'wants' list!
Posted by AlFront at 13:59