Or so it seems, as I decant more figures from the cabinet. Tonight's haul included: 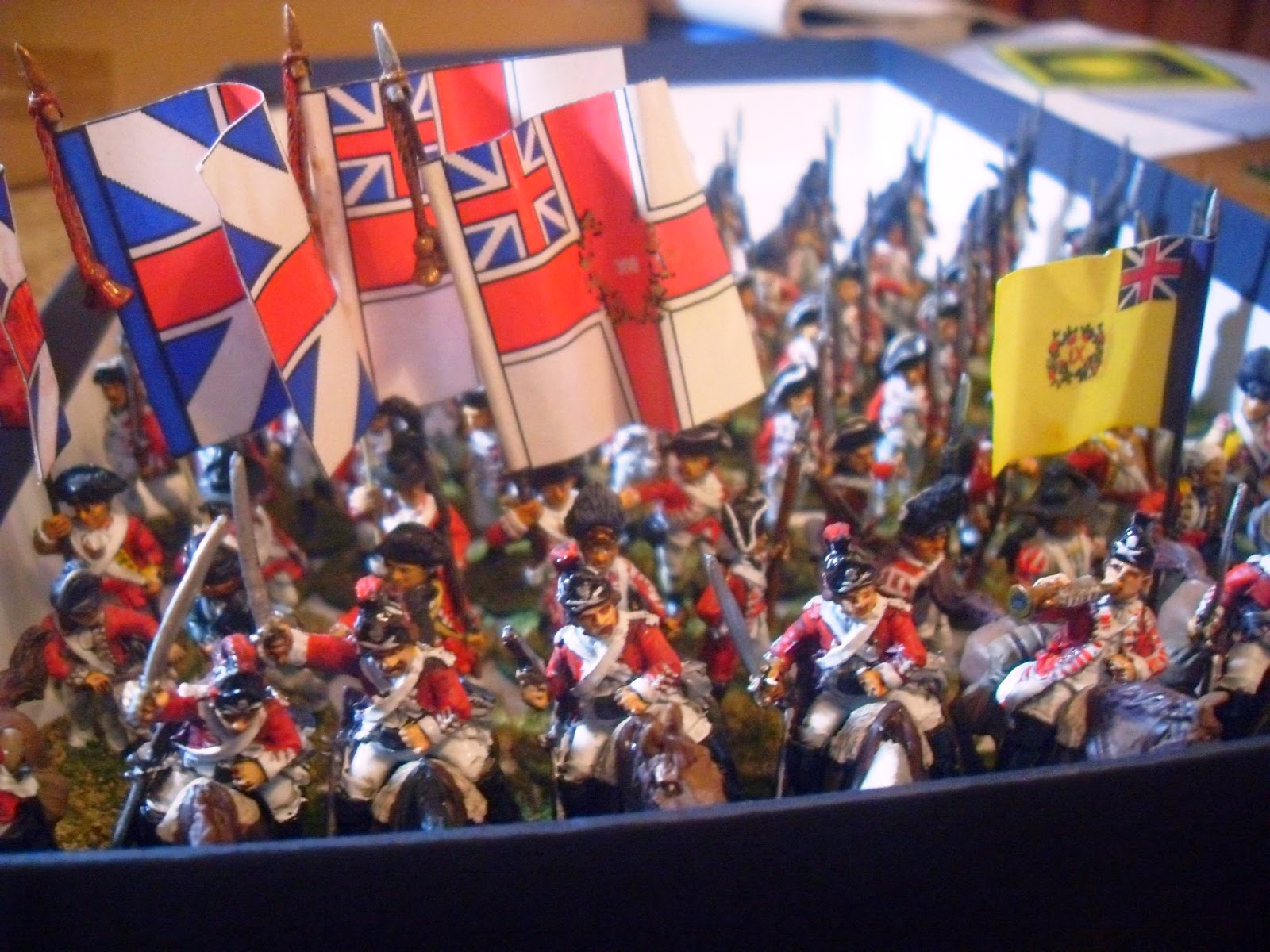 Red coats! Come on, my brave lads! 'King George and Old England forever' (yes, I know that's the wrong war, but you get my drift). 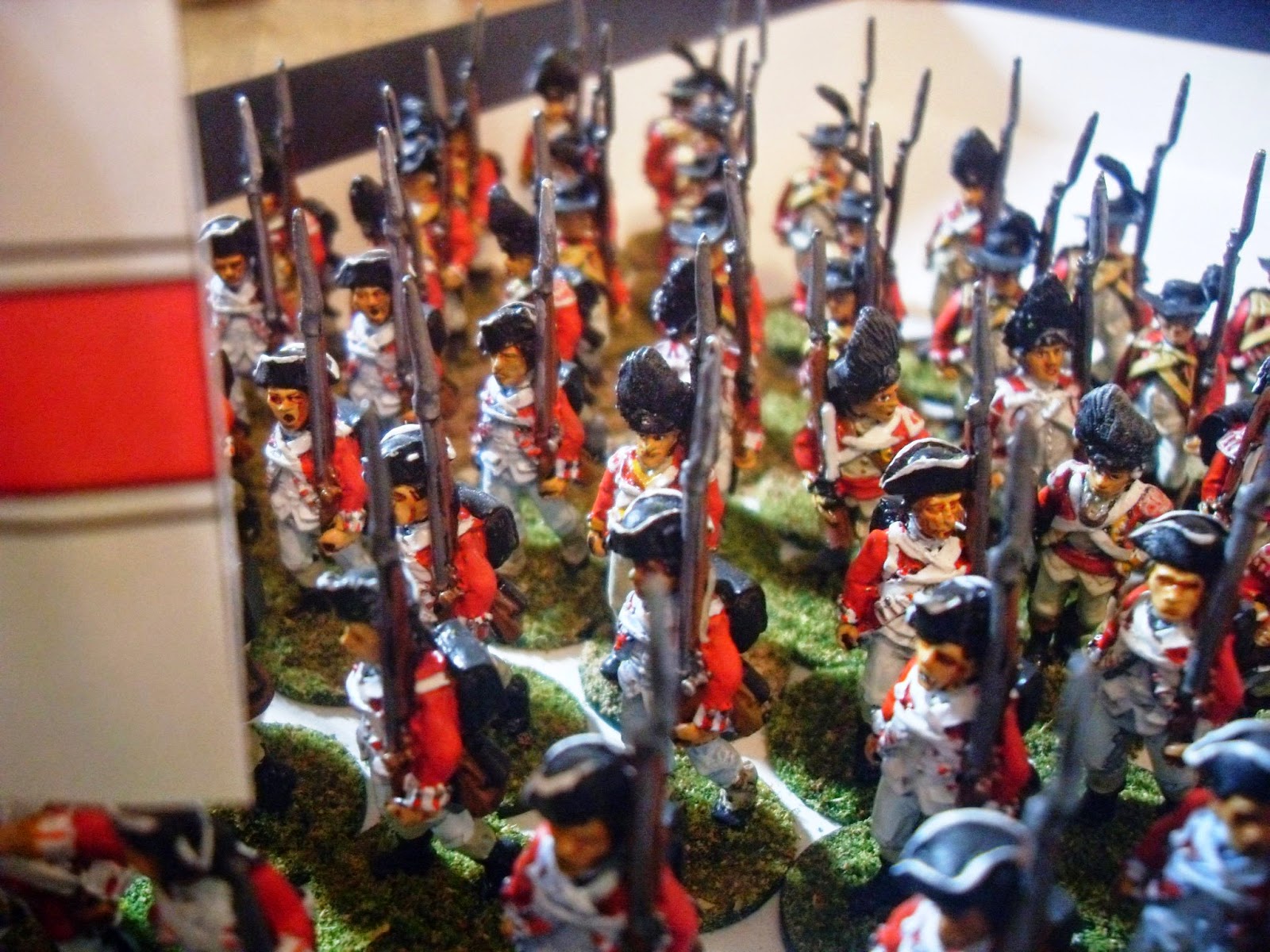 And the oppo again. Actually, from a wargame figure painter's perspective, the American Revolution has a lot going for it - corking uniforms, rather cool campaign dress, reasonably small numbers required, and very little in the way of (expensive) cavalry.﻿ 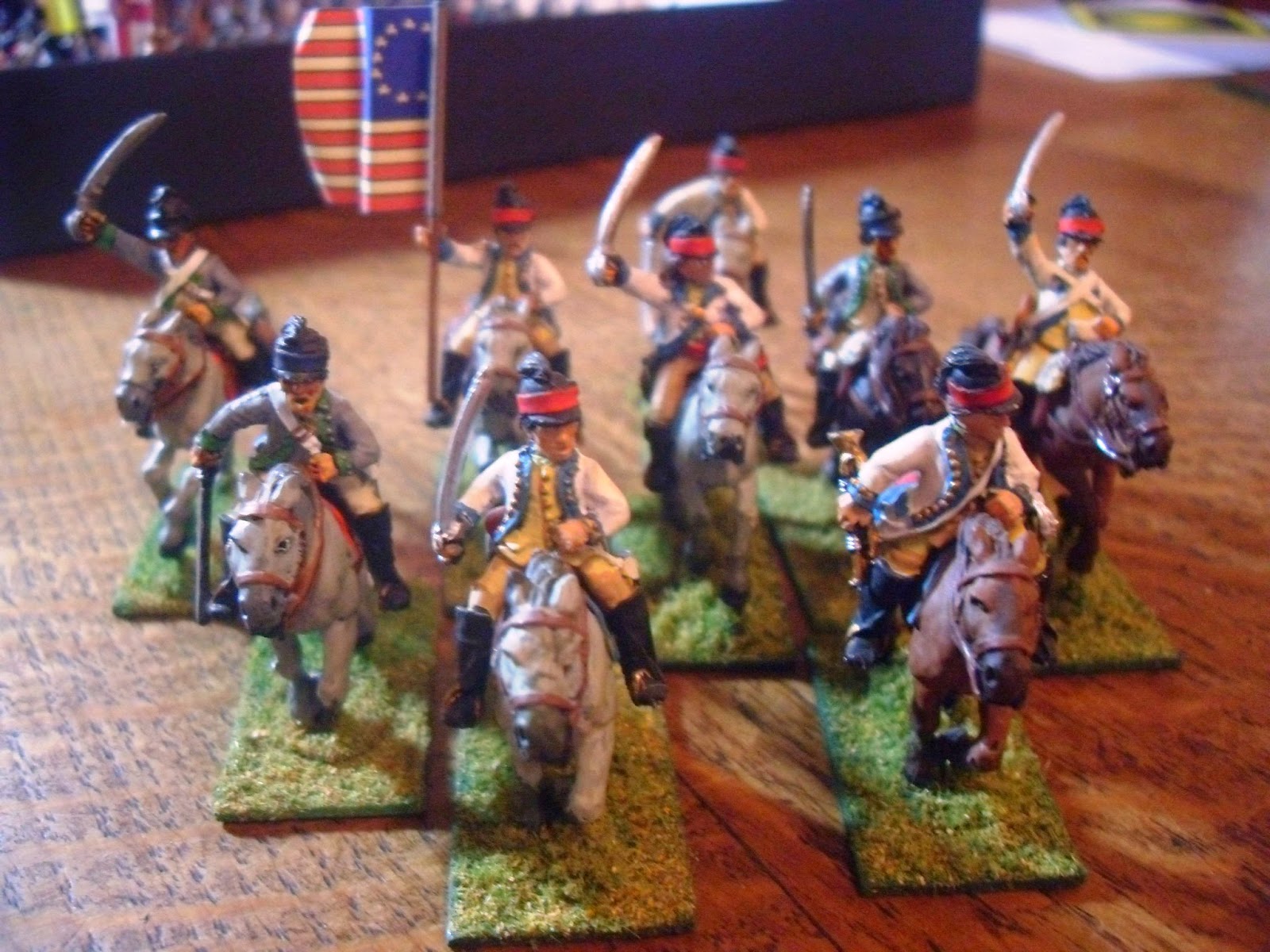 Below, some Spencer Smiths painted up as Hesse-Cassel chaps:﻿ And more SSMs, this time as British dragoons:﻿ 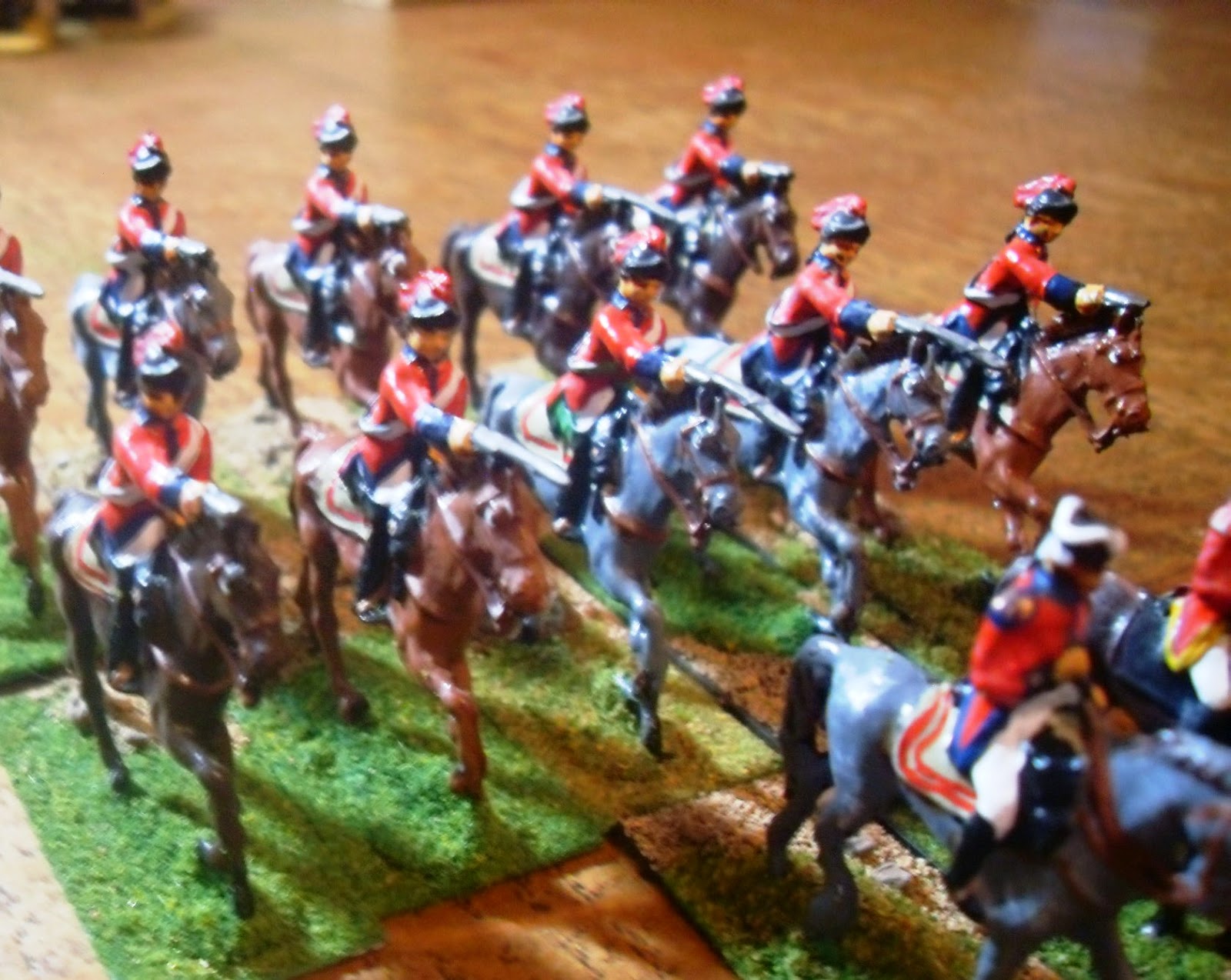 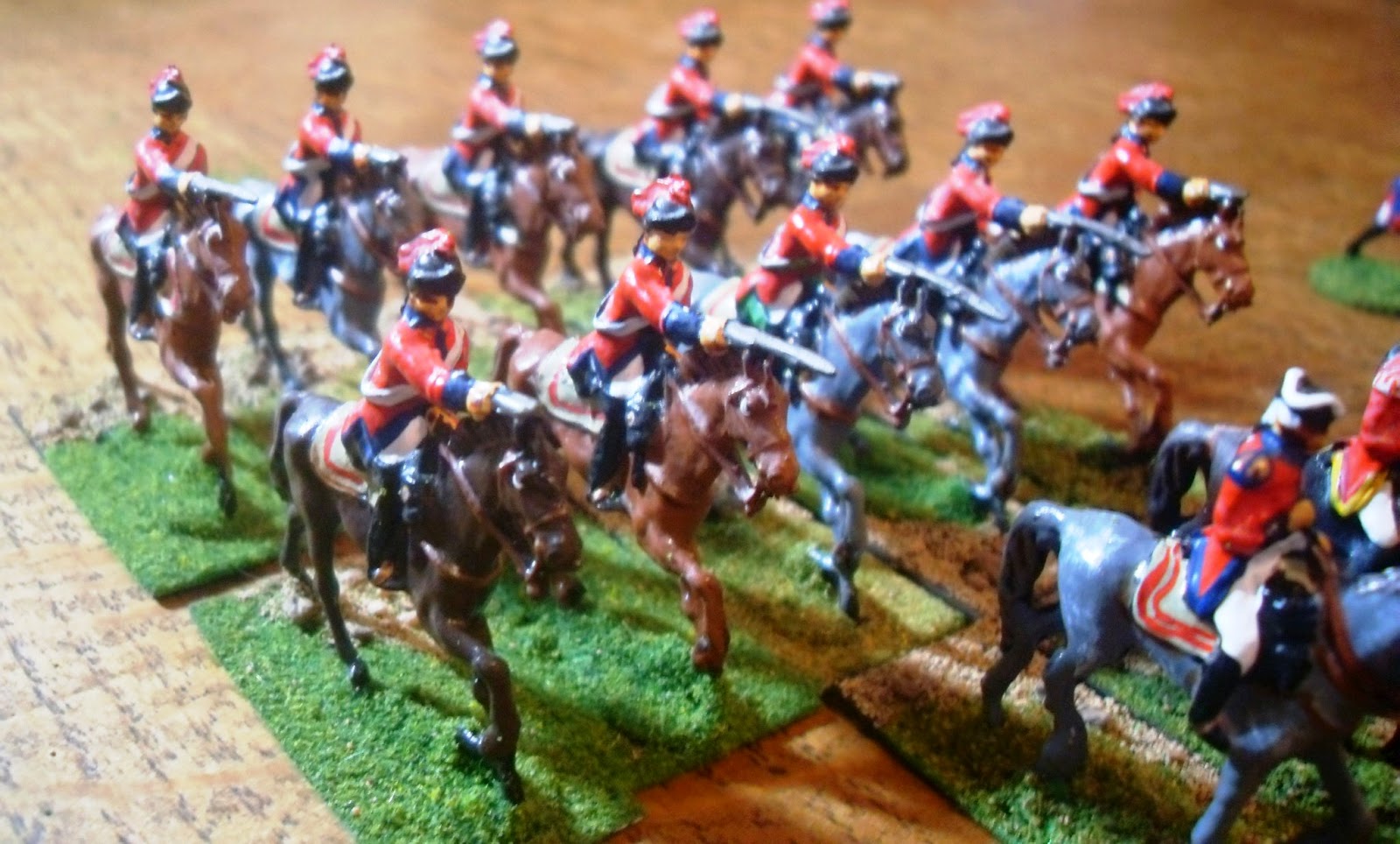