Valom! For some reason that sounds like a Hebrew word for 'Zoom!' Do comics in Israel feature IDF aircraft flying low and fast over the Sinai with 'VALOM!!' printed next to them?

Actually, as any fool knows, Valom is a Czech (is it?) manufacturer of short run kits. Short run kits of interesting subjects. Interesting subjects to catch silly old kit bashers with poor eyesight and declining modelling skills. Chaps like me, in fact. And the interesting subject ? The Caproni Campini N.1. In 1940, the International Aeronautical Federation (FAI - French, you see), registered the Caproni Campini N.1 as the world's first jet aircraft. Actually, the cunning Jerries had already flown the He 178, but didn't tell anyone! The cads! Further, the Caproni wasn't a true jet, but, rather, flew using the ducted fan idea. But, enough of all that, and onto the kit:

Heavy, thick plastic, no location pins, fitted where it touched, and seen here at an early stage: 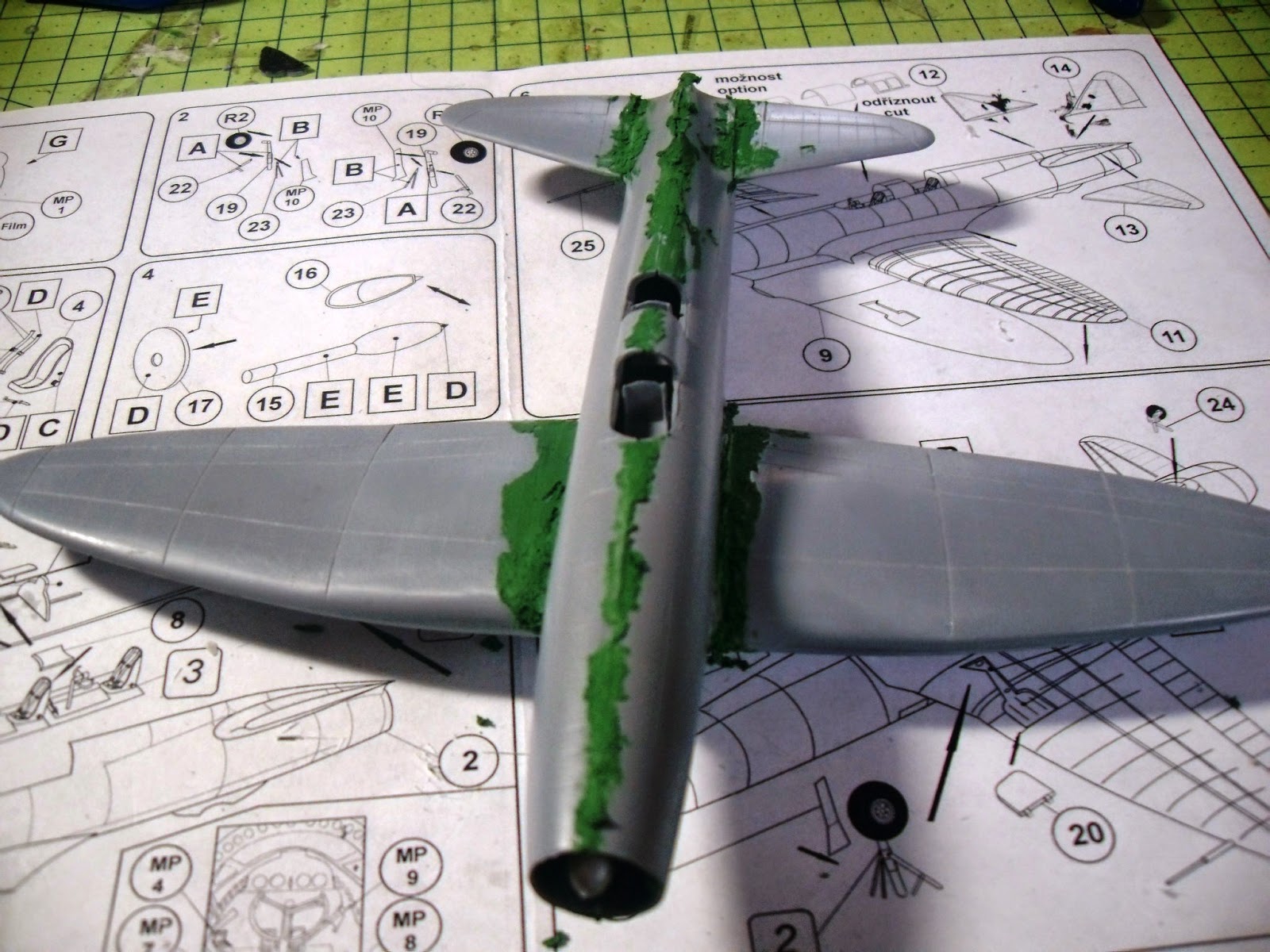 Despite the larding of filler seen above, I had to return with the green stuff again, and, eventually, finish it off with a combination of superglue and tippex as filler. And even then it wasn't right! The kit also came with a nice little fret of etched brass for the cockpit, but it was clear that none of it would be seen once the fuselage was closed up, so I saved myself the aggravation of sticking etched brass to my fingers.
Finally, I did produce something like the prototype:﻿ 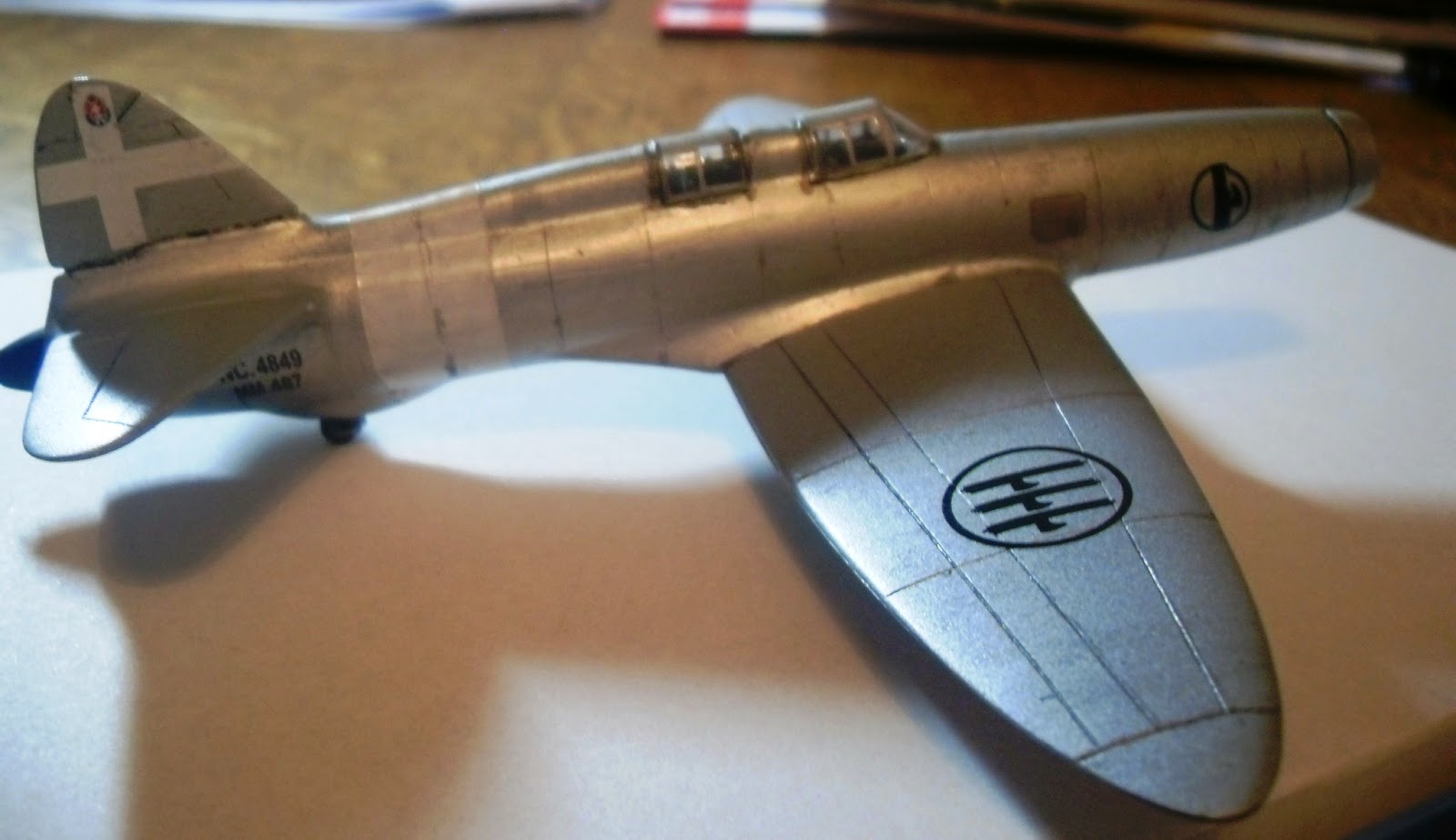 Photographs of the original (there were two, plus a non-flying version for engine testing) show it as being pretty worn, and that's the finish I attempted. 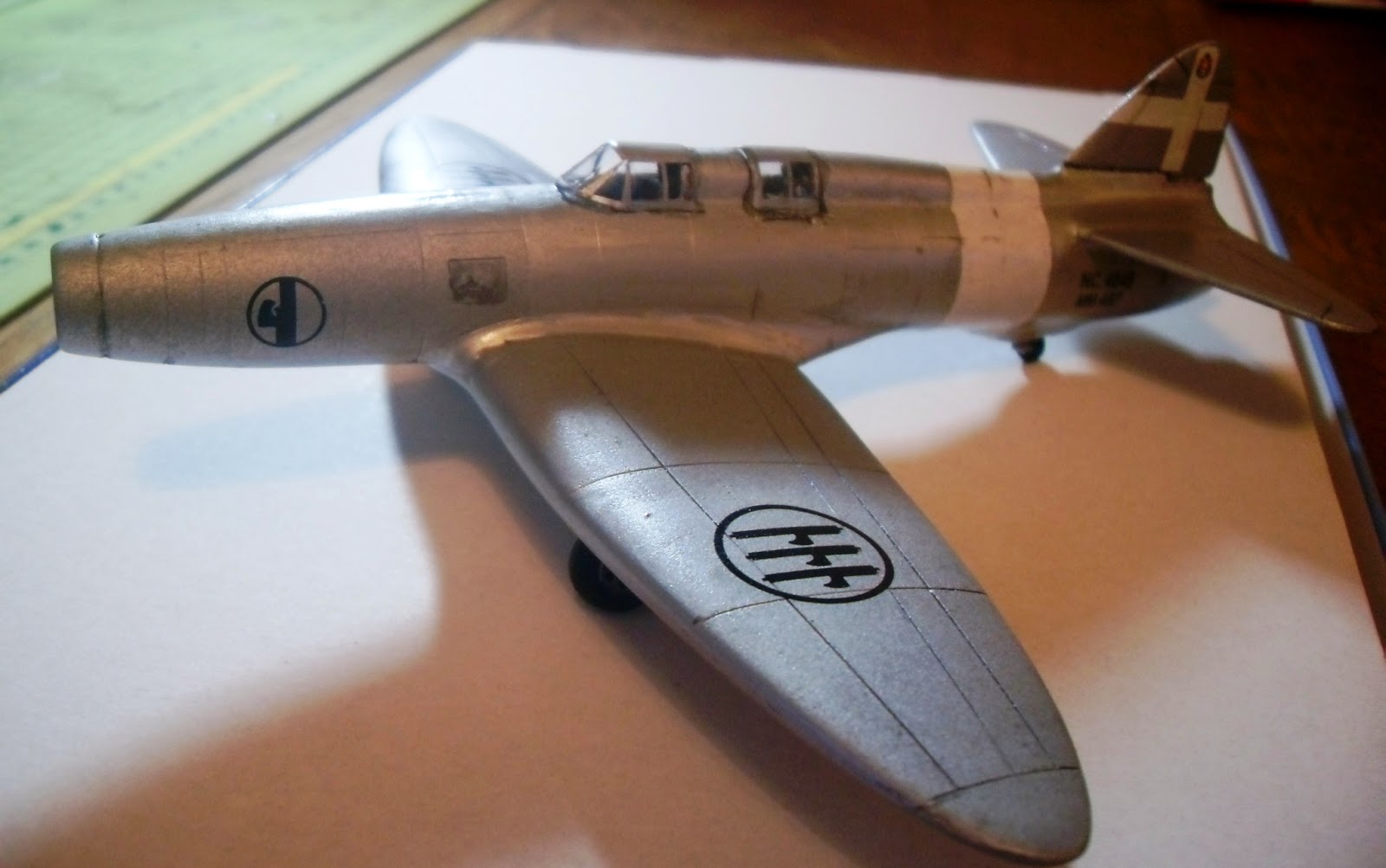 As you can see, below, it was a pretty hefty bit of kit, and is actually a good deal bigger than the Me109G-6 I've posed it with here:﻿ 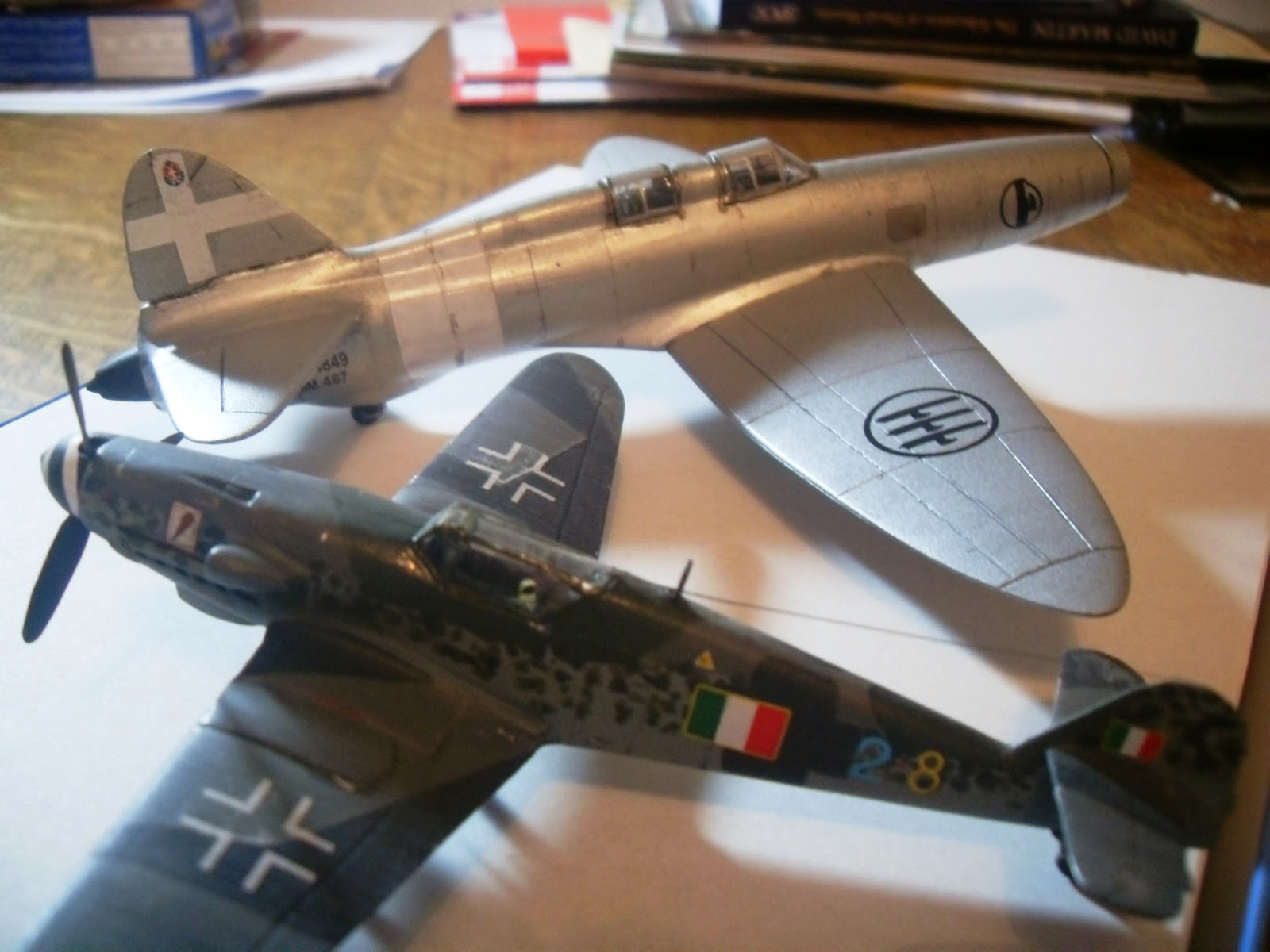