His Grace, the Duke of Tradgardland, a frequent visitor to this site, has, of late, fallen for the particular charms of the Home Guard. This post is dedicated to His Grace's new enthusiasm. I see from his recent post that his Home Guard, while equipped with Smith Gun and Lewis, lacks an armoured element. Let me suggest:

These two very nicely done Bevearette Mk IIs are, I think, from Stronghold Miniatures (who reside not far from the borders of the Dukedom), and are in 25mm. They are, I suspect a tad on the small size, and my 28mm Foundry Home Guard tend to look best when positioned a little way from the cars. So, it may be that these would fit reasonably with His Grace's 20mm fellows. On the other hand: 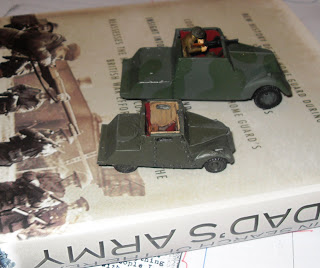 The lower Beaverette is 20mm, from Frontline, a most estimable, worthy, and virtuous supplier that I fully endorse. My 25mm Beaverettes have seen action, usually falling quickly to anti-tank weaponary, but cutting a Home Guard dash before their demise. These Home Guard fellows below, however, have yet to hear the din of dice: 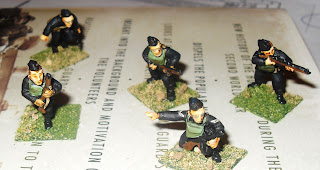 "But, wait!", you cry, "These men are uniformed most strangely." Yet, they are most valiant defenders of our Kingdom. Here is their armour, and the clue: 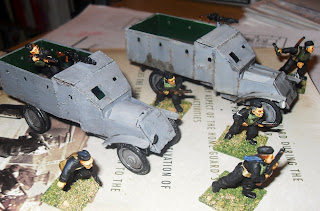 Now you understand! Ulster Home Guard debuss from their Lancias in 1940. The RUC green interiors give a further clue, for, at the outset, the Ulster Home Guard was an offshoot of that force, from whom they inherited the Lancias, many of which had previously appeared in this form: 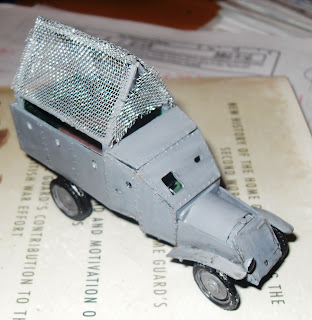 I am rather pleased with this 'conversion' (my skills, you understand, are limited), involving plasticard armour over the engine, and matchstick and tea strainer anti-grenade net.
The Ulster Home Guard have been very well served by the first rate history of the force by Davy Orr. I drew heavily on Mr. Orr's work for the chapter in my history of the Home Guard that covered the 'Celtic' countries (Scotland, Wales, Northern Ireland and the Isle of Man) of the Kingdom, and I strongly recommend: 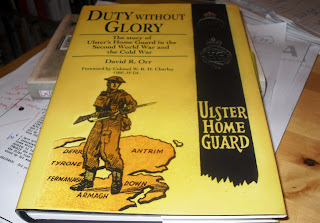 As for the Lancias in Irish service (of one form and another), much can be found in David Dunne's book, which is a goldmine for the armoured car geek: 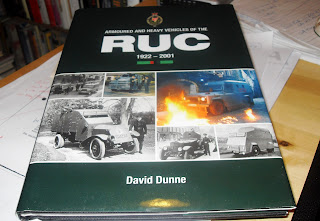 The sheer variety of RUC armour is fascinating - M3 half-tracks, anyone?
Finally, to complete the Irish theme, Donal MacCarron's history of Eire's wartime/Emergency forces is full of excellent, war game inspiring photographs, and lovely bits of oral history. Another 'must': 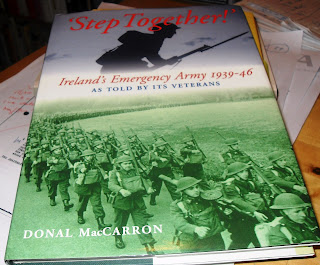